The Culture of English Religion in a Decadent Age 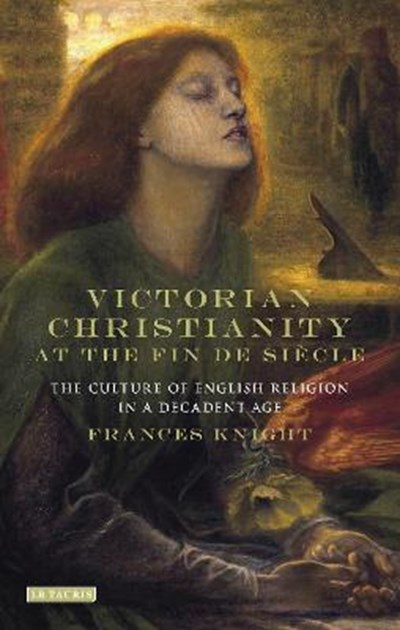 The Culture of English Religion in a Decadent Age

eBook FAQ
Add to Basket
Publisher: Bloomsbury Publishing PLC
ISBN: 9781780768915
Number of Pages: 304
Published: 23/10/2015
Width: 13.8 cm
Height: 21.6 cm
Description Author Information Reviews
The period known as the fin de siecle - defined in this groundbreaking book as chiefly the period between1885 and 1901 - was a fluid and unsettling epoch of optimism and pessimism, endings and beginnings, aswell as of new forms of creativity and anxiety. The end of the century has attracted much interest from scholars of literary and cultural studies, who regard it as a critical moment in the history of their disciplines; but it has been relatively ignored by religious historians. Frances Knight here sets right that neglect. She shows how late Victorian society (often said to be one of the most intensely Christian cultures the world has ever seen) reacted to the bold agendas being set by the thinkers of the fin de siecle; and how prominent Church figures during the era first identified many of the concerns that have preoccupied Christians latterly. These include an active interest in social justice and the creation of new types of communities; increasingly open discussion of the sexual exploitation of children; debates about society's 'decadence'; new ideas about the role of women; and the belief in the redemptive powers of art, pioneered by figures as diverse as P.T. Forsyth, Percy Dearmer and Samuel and Henrietta Barnett.Examining in particular the Christian world of fin de siecle London, the author offers penetrating insights intoa society in which the ritual and culture of Christianity sometimes permeated the aesthetic movement andwhere devotees of the aesthetic movement - like Walter Pater, Oscar Wilde and their disciples - often revealed a fascination with Christianity. She argues that the 'long 1890s' was a decisive decade in which various sections of Christian opinion, both on the progressive and the more conservative wings of the faith, began to express views which set the tone for attitudes which would become commonplace in the twentieth century. Victorian Christianity at the Fin de Siecle is the focussed treatment of religion and culture at the end of the nineteenth century that the field has long needed. It will be welcomed by scholars of church history, social and cultural history and the history of ideas.

Frances Knight is Associate Professor in the History of Modern Christianity at the University of Nottingham. She is the author of The Nineteenth-century Church and English Society (1995), The Welsh Church from Reformation to Disestablishment (2007, with William Jacob, Glanmor Williams and Nigel Yates) and The Church in the Nineteenth Century (I.B.Tauris, 2008).