A Biography of the Boutros Ghali Family 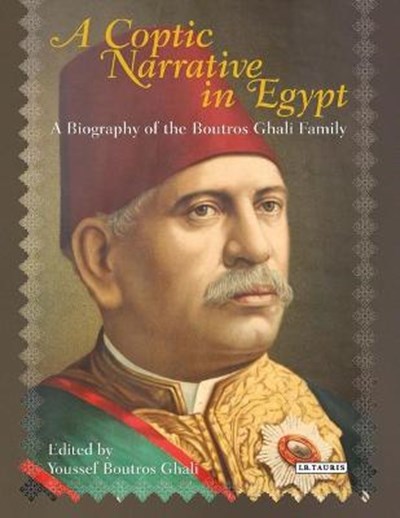 A Biography of the Boutros Ghali Family

eBook FAQ
Add to Basket
Publisher: Bloomsbury Publishing PLC
ISBN: 9781780769394
Number of Pages: 256
Published: 05/08/2016
Width: 18.9 cm
Height: 24.6 cm
Description Author Information Reviews
A short walk from the glistening Nile nestled in a dusty Cairo street lies the Coptic Church of St. Peter and St. Paul, known locally as the Boutrosiya. If one were to enter through one of the seven doors, walk down the columned central aisle past Venetian mosaics and silk curtains, they would find the tomb of Boutros Pasha Ghali. Resting on two steps of black marble, decorated with colourful crosses, are written his last words: 'God knows that I never did anything that harmed my country'. The first Copt to be awarded the title of Pasha, the career of Boutros Pasha Ghali inextricably linked his family's fate to that of Egypt. From early whispers of independence to the last Mubarak government and the United Nations, the Boutros-Ghali's have not only been a force in the political, cultural and religious life of Egypt, but internationally. This book traces the illustrious history of this family from 1864 to the present day. Through assassinations, wars and elections, it illuminates the events that have shaped Egyptian and Coptic life, revealing the family's crucial role in the creation of modern Egypt and what their legacy may mean for the future of their country.

Youssef Boutros Ghali was Minister of Finance in Egypt from 2004-2011, before which he was a Senior Economist at the IMF. He holds a PhD from MIT. While Minister he succeeded Gordon Brown as Chairman of the IMF's Financial Committee, which is its policy-making body.