Discourse on Free Will 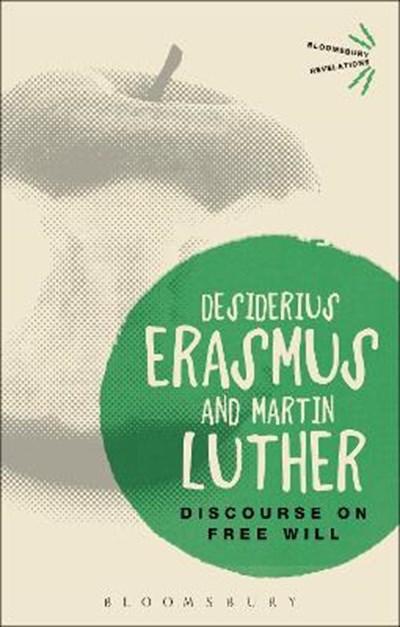 Discourse on Free Will

eBook FAQ
Add to Basket
Publisher: Bloomsbury Publishing PLC
ISBN: 9781780938233
Number of Pages: 160
Published: 25/04/2013
Width: 13.8 cm
Height: 21.6 cm
Description Author Information Reviews
Desiderius Eramsus (1466/9-1536) was the most renowned scholar of his age, a celebrated humanist and Classicist, and the first teacher of Greek at Cambridge. An influential figure in the Protestant Reformation, though without ever breaking from the Church himself, he satirised both human folly and the corruption of the Church. Martin Luther (1483-1546) was the founder of the German Reformation. His 95 Theses became a manifesto for reform of the Catholic Church and led to his being tried for heresy. He remained in Germany, Professor of Biblical Exegesis at the University of Wittenburg, until his death, publishing a large number of works, including three major treatises and a translation of the New Testament into German. Comprising Erasmus's "The Free Will" and Luther's "The Bondage of the Will", Discourse on Free Will is a landmark text in the history of Protestantism. Encapsulating the perspective on free will of two of the most important figures in the history of Christianity, it remains to this day a powerful, thought-provoking and timely work.

[Discourse on Free Will] provides an example of two approaches to interpreting a theological tension -Erasmus maintains it and Luther tries to resolve it by absorbing one of the poles into the other. Even if the latter course often seems simpler, how often does it do justice to all the biblical evidence?" -- Robby J. Kagarise Evangelical Journal