Around the World in Twenty Languages 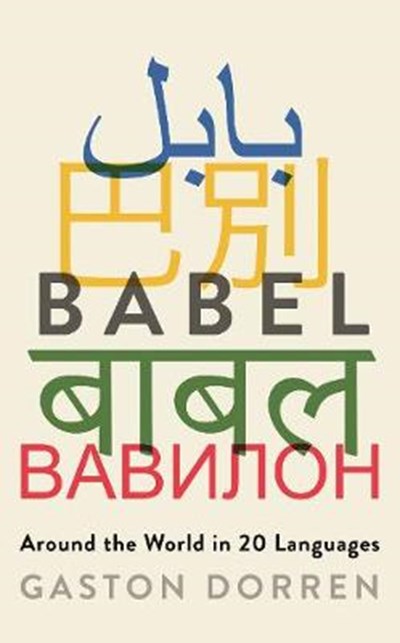 Around the World in Twenty Languages

Publisher: Profile Books Ltd
ISBN: 9781781256404
Published: 01/11/2018
Description Author Information Reviews
If you were to master the twenty languages discussed in Babel, you could talk with three quarters of the world's population. But what makes these languages stand out amid the world's estimated 6,500 tongues? Gaston Dorren delves deep into the linguistic oddities and extraordinary stories of these diverse lingua francas, tracing their origins and their sometimes bloody rise to greatness. He deciphers their bewildering array of scripts, presents the gems and gaps in their vocabularies and charts their coinages and loans. He even explains how their grammars order their speakers' worldview. Combining linguistics and cultural history, Babel takes us on an intriguing tour of the world, addressing such questions as how tiny Portugal spawned a major world language and Holland didn't, why Japanese women talk differently from men, what it means for Russian to be 'related' to English, and how non-alphabetic scripts, such as those of India and China, do the same job as our 26 letters. Not to mention the conundrums of why Vietnamese has four forms for 'I', or how Tamil pronouns keep humans and deities apart. Babel will change the way you look at the world and how we all speak.

Gaston Dorren is the author of Lingo, a book on European languages that, as the Telegraph put it, is 'both genuinely interesting and enormous fun [with his] impressive ability to flip with ease from jokes and surprising facts to the discussion of complex linguistic ideas'. He is a regular contributor to the popular linguistics magazine Onze Taal, and edits the Language Writer blog. A true polyglot, Gaston speaks Dutch, Limburgish, English, German and Spanish, and reads French, Afrikaans, Frisian, Portuguese, Italian, Catalan, Danish, Norwegian, Swedish, Luxembourgish and Esperanto. While writing Babel, he also tried to learn Vietnamese.