The Art of the Dominican and Franciscan Orders in Renaissance Italy 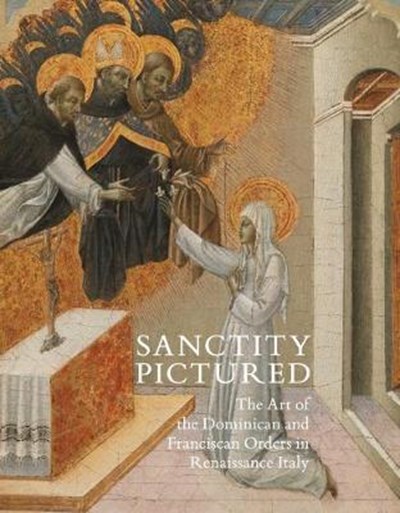 The Art of the Dominican and Franciscan Orders in Renaissance Italy

QTY
Add to Basket
Publisher: Philip Wilson Publishers Ltd
ISBN: 9781781300268
Number of Pages: 256
Published: 30/10/2014
Width: 21 cm
Height: 27.5 cm
Description Author Information Reviews
Italy in the thirteenth century was transformed by two new religious orders, the Dominicans and the Franciscans. Whereas earlier religious orders had secluded themselves in monasteries in the countryside and lived off income from their property, the Dominicans and Franciscans settled in urban centers and lived as mendicants, or beggars, administering to the laity. The founding members of both orders took a vow of poverty, yet soon after their deaths their successors were building churches that rivaled cathedrals in size and splendor throughout Italy. The friars and nuns of these orders created a tremendous demand for works of all kinds - painted altarpieces, crucifixes, fresco cycles, illuminated choir books, and liturgical objects - to decorate their churches. The works they commissioned illustrate the lives of their saints and depict miracles such as Saint Francis preaching to the birds, Saint Dominic dividing a single loaf of bread into enough food to feed many hungry friars, and Saint Clare rescuing a child mauled by a wolf. These visual narratives are notable for their naturalistic treatment and the emphasis on expressive gestures to show human emotions, both of which were significant new developments in Italian art. This book accompanies an exhibition at the Frist Center for the Visual Arts featuring works of art from the collections of major American museums and libraries and of the Vatican. It is the first major study to examine the art of these rival religious orders together, exploring the ways in which they used art as propaganda to promote the charisma of their saints and to articulate their revolutionary concept of religious vocation. The essayists provide new insights into the significant contributions made by the Dominicans and the Franciscans to the artistic Renaissance in Italy during the period 1200 to 1550

Trinita Kennedy is Curator at the Frist Center for the Visual Arts, Nashville, TN, and formerly was Research Associate at the Metropolitan Museum of Art, New York. Donal Cooper is Lecturer in Italian Renaissance Art and Fellow of Jesus College, University of Cambridge. Holly Flora is Associate Professor, History of Art, at Tulane University. Amy Neff is Associate Professor, School of Art, at the University of Tennessee. Janet Robson is an independent scholar and co-author of The Making of Assisi: The Pope, the Franciscans, and the Painting of the Basilica.