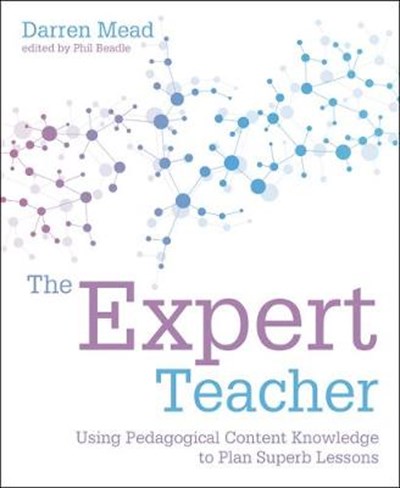 QTY
Add to Basket
Publisher: Independent Thinking Press
ISBN: 9781781353110
Number of Pages: 336
Published: 07/06/2019
Width: 18.2 cm
Height: 22.2 cm
Description Author Information Reviews
The Expert Teacher presents an engaging, research-informed view on which teaching strategies work best to provoke long-term learning in students. `But what does this look like in a classroom?' This question generally occurs to interested practitioners when they enquire into evidence-based approaches to teaching and learning. And it is often the case that they get to the end of a teaching manual only to find that the answers still escape them. In The Expert Teacher, however, Darren Mead provides many of the answers. A highly respected teacher, Darren has devoted his professional life to attaining pedagogical excellence - and in this book he shares effective tools and techniques that have been tried and tested over many years in the classroom, much to the long-term benefit of his pupils' learning. A warning though: this book is not for teachers seeking quick fixes or superficial tricks. The Expert Teacher is for educators who are eager to experience the excitement of knowing and teaching their subject masterfully.

Darren Mead is an experienced science teacher who has been described as 'the Jimi Hendrix of teaching' and 'perhaps the most intellectually engaged of all British teachers'. Based in the North East of England, he shares his classroom-based interpretations of research through his highly respected blog, Sharing Pedagogical Purposes. Phil Beadle knows a bit about bringing creative projects to fruit. His self-described 'renaissance dilettantism' is best summed up by Mojo magazine's description of him as a 'burnished voice soul man and left wing educationalist'. He is the author of ten books on a variety of subjects, including the acclaimed Dancing About Architecture, described in Brain Pickings as 'a strong, pointed conceptual vision for the nature and origin of creativity'. As songwriter Philip Kane, his work has been described in Uncut magazine as having 'novelistic range and ambition' and in Mojo as having a 'rare ability to find romance in the dirt' along with 'bleakly literate lyricism'. He has won national awards for both teaching and broadcasting, was a columnist for the Guardian newspaper for nine years and has written for every broadsheet newspaper in the UK, as well as the Sydney Morning Herald. Phil is also one of the most experienced, gifted and funniest public speakers in the UK.