Summer Before the Dark 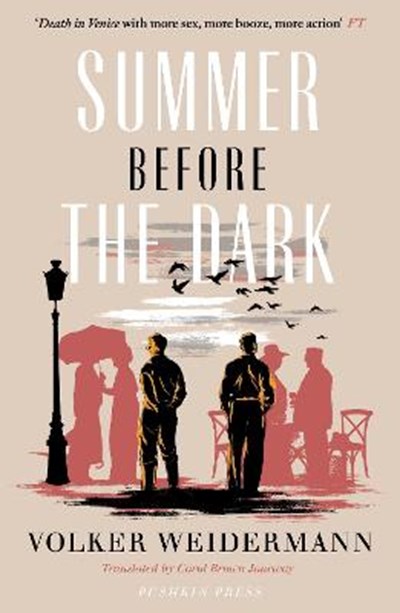 Summer Before the Dark

Publisher: Pushkin Press
ISBN: 9781782272977
Number of Pages: 176
Published: 05/01/2017
Width: 12.9 cm
Height: 19.8 cm
Description Author Information Reviews
A BBC Radio 4 Book of the Week It's as if they're made for each other. Two men, both falling, but holding each other up for a time. Ostend, 1936: the Belgian seaside town is playing host to a coterie of artists, intellectuals and madmen, who find themselves in limbo while Europe gazes into an abyss of fascism and war. Among them is Stefan Zweig, a man in crisis: his German publisher has shunned him, his marriage is collapsing, his house in Austria no longer feels like home. Along with his lover Lotte, he seeks refuge in this paradise of promenades and parasols, where he reunites with his estranged friend Joseph Roth. For a moment, they create a fragile haven; but as Europe begins to crumble around them, they find themselves trapped on an uncanny kind of holiday, watching the world burn. 'Evocative, sharply drawn portraits... an engrossing history' Kirkus, starred review 'Sparkling...Weidermann's storytelling is piquant' Publishers Weekly 'Brilliantly researched and riveting' Die Welt

The award-winning writer and literary critic Volker Weidermann was born in Germany in 1969, and studied political science and German language and literature in Heidelberg and Berlin. He is the cultural editor of the Frankfurter Allgemeine Sonntagszeitung and lives in Berlin.