The Bartered Wives of the New World 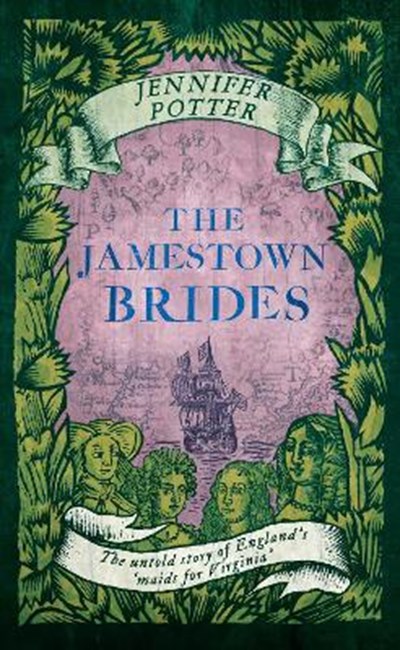 The Bartered Wives of the New World

QTY
Add to Basket
Publisher: Atlantic Books
ISBN: 9781782399131
Number of Pages: 384
Published: 04/10/2018
Width: 16 cm
Height: 24 cm
Description Author Information Reviews
The extraordinary story of the British women who made the perilous journey to Jamestown, Virginia, to become wives for tobacco planters in the New Colony. In 1621, fifty-six English women crossed the Atlantic in response to the Virginia Company of London's call for maids 'young and uncorrupt' to make wives for the planters of its new colony in Virginia. The English had settled there just fourteen years previously and the company hoped to root its unruly menfolk to the land with ties of family and children. While the women travelled of their own accord, the company was in effect selling them at a profit for a bride price of 150 lbs of tobacco for each woman sold. The rewards would flow to investors in the near-bankrupt company. But what did the women want from the enterprise? Why did they agree to make the dangerous crossing to a wild and dangerous land, where six out of seven European settlers died within their first few years - from dysentery, typhoid, salt water poisoning and periodic skirmishes with the native population? And what happened to them in the end? Delving into company records and original sources on both sides of the Atlantic, Jennifer Potter tracks the women's footsteps from their homes in England to their new lives in Virginia. Giving voice to these forgotten women of America's early history, she triumphantly invites the reader to journey alongside the brides as they travel into a perilous and uncertain future.

Jennifer Potter is the author of four novels and six works of non-fiction, most recently The Jamestown Brides, The Untold Story of England's 'maids for Virginia' (Atlantic, 2018). Other titles published by Atlantic include The Rose, A True History; Seven Flowers And How They Shaped Our World; and Strange Blooms, The Curious Lives and Adventures of the John Tradescants. A long-time reviewer for the Times Literary Supplement and an accredited Royal Literary Fund (RLF) Consultant Fellow, she currently runs writing workshops for students and staff at British universities and was recently appointed one of the first RLF Writing Fellows at the British Library.