Illusion of "Truth": The Real Jesus Behind the Grand Myth 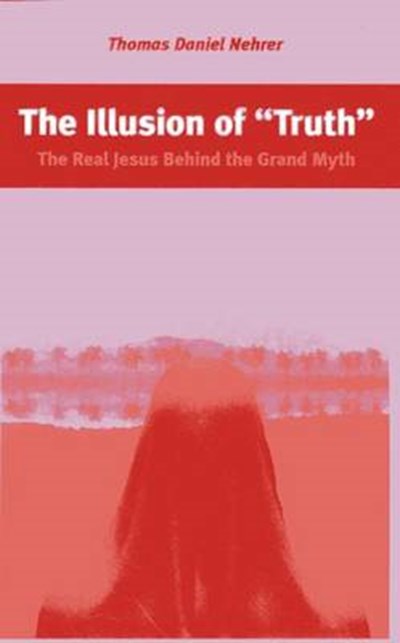 Illusion of "Truth": The Real Jesus Behind the Grand Myth

eBook FAQ
Add to Basket
Publisher: John Hunt Publishing
ISBN: 9781782795483
Number of Pages: 410
Published: 28/02/2014
Width: 13.9 cm
Height: 21.6 cm
Description Author Information Reviews
The Illusion of "Truth" is a multifaceted look at Jesus of Nazareth, his message and religions created, not from his insights into reality, but on fantasy and lore concocted about him. Tom Nehrer builds on scholarly research through personal level of consciousness, exposing myths to find the real Yeshua who trod dusty roadways of first-century Judea. Understanding Jesus' "Kingdom of Heaven within" requires extensive perspective. This book explores: Historical, social, political and traditional settings for Jesus appearance; The mindset of ancients - how superstitious peasants imagined divine manipulation; Modern man's mindset - how causality is projected not only onto gods, but onto real world forces, luck, chance and fate, all illusory processes; How life really works - metaphysical connection of Self to Reality, an inner-outer flow; How beliefs create illusions - masking Reality's flow with shared notions of "Truth" which isn't.; Many caveats to accepting Gospel accounts as reliable reports of any substance; The real life of Jesus - how the man grew from first-century Jewish thinking to fully visionary status, aware of the Self as driving force in life; The Parables whose rich stories reveal Jesus' awareness of the functional Oneness of Consciousness/Reality; A deeply critical look at Christianity - its early growth, smothering of alternate explanations and claims to represent true traditions back through the apostles to Jesus. That claim is shown as bogus, when Gospel writers only show apostles as unable to grasp Jesus' Kingdom illustrations. The Illusion of "Truth" reveals not only how life works and how Jesus was fully aware of its meaning-based flow - but how Christianity grew from ancient notions and layered myth about Jesus, rather than insights from him.

Tom Nehrer travels widely from his Pennsylvania home to present unique perspectives on consciousness. His books and internationally recognized website offer unparalleled insights into the interactive function of Consciousness/Reality.