Organ-building in Georgian and Victorian England 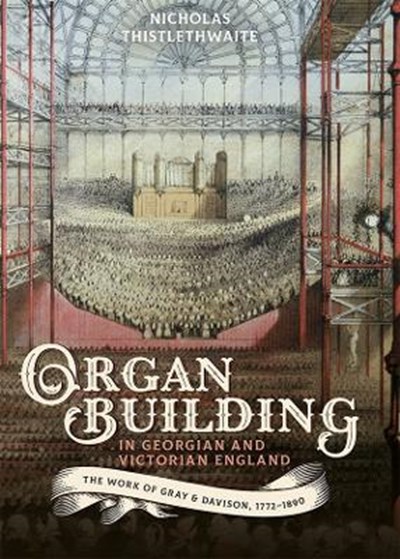 Organ-building in Georgian and Victorian England

QTY
Add to Basket
Publisher: Boydell & Brewer Ltd
ISBN: 9781783274673
Number of Pages: 577
Published: 21/02/2020
Width: 15.6 cm
Height: 23.4 cm
Description Author Information Reviews
Established for the building of keyboard instruments, by the mid-1790s the workshop of brothers Robert and William Gray had become one of the leading organ-makers in London, with instruments in St Paul's, Covent Garden and St Martin-in-the-Fields. Under William's son John Gray, the firm built some of the largest English organs of the 1820s and 1830s, as well as exporting major instruments to Boston and Charleston in the United States. In the early 1840s, with the marriage of John Gray's daughter to Frederick Davison - a member of the circle of Bach-enthusiasts around the composer Samuel Wesley - the firm became 'Gray & Davison'. Davison was a progressive figure who reformed workshop practices, commissioned a purpose-built organ factory in Euston Road and opened a branch workshop in Liverpool to exploit the booming market for church organs in Lancashire and the north-west. Under Davison's management,the firm was responsible for significant mechanical and musical innovations, especially in the design of concert organs. Instruments such as those built in the 1850s for Glasgow City Hall, the Crystal Palace and Leeds Town Hall were heavily influenced by contemporary French practice; they were designed to perform a repertoire dominated by orchestral transcriptions. Many of the instruments made by the firm have been lost or altered; but the surviving organs in St Anne, Limehouse (1851), Usk Parish Church (1861) and Clumber Chapel (1889) testify to the quality and importance of Gray & Davison's work. This book charts the firm's history from its foundation in 1772 to Frederick Davison's death in 1889. At the same time, it describes changes in musical taste and liturgical use and explores such topics as provincial music festivals, the town hall organ, domestic music-making and popular entertainment, the building of churches and the impact on church music of the Evangelical and Tractarian movements. It will appeal to organ aficionados interested in the evolution of the English organ in the later Georgian and Victorian eras, as well as other music scholars and cultural historians.

NICHOLAS THISTLETHWAITE has written extensively on the history of the English organ and other aspects of English church music, and his book, The making of the Victorian organ (1990) is recognised as the standard work on the subject. He has acted as consultant for the restoration and rebuilding of organs, most recently at St Edmundsbury Cathedral and Christ Church.