'An ardent desire of truth' 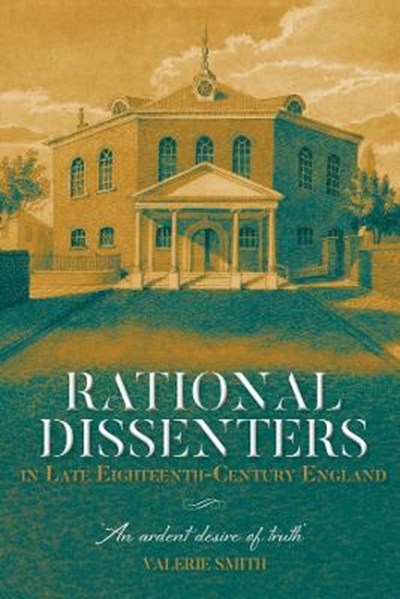 'An ardent desire of truth'

QTY
Add to Basket
Publisher: Boydell & Brewer Ltd
ISBN: 9781783275663
Number of Pages: 368
Published: 16/04/2021
Width: 15.6 cm
Height: 23.4 cm
Description Author Information Reviews
Rational Dissent was a branch of Protestant religious nonconformity which emerged to prominence in England between c. 1770 and c. 1800. Based on the sole study of the Scriptures and the application of individual reasoning to understanding the word of God, Rational Dissent rejected the role and authority of Anglican priests but also stood apart from Orthodox Dissent in its denial of the Trinity and Original Sin, arguing that these concepts were 'irrational'. While small, the movement provoked fierce opposition from both Anglicans and Orthodox Dissenters. Drawing on a wide range of contemporary published and unpublished sources, this study explores the theology of Rational Dissent in its entirety, arguing that it was considerably more diverse than has previously been acknowledged. Through an examination of lists of subscribers to Rational Dissenting publications and organizations, and of Unitarian libraries and their readers, the book uncovers the movement's less visible adherents, mapping them both socially and geographically. It also explores the impact of vehement attacks by Anglicans and Orthodox Dissenters on the development of a Rational Dissenting identity. Within the context of the struggle for civil and political rights and of the American and French Revolutions, the book establishes that the theology of Rational Dissenters underpinned their political beliefs and concepts of liberty, drove their ideas on the nature of society, and determined the lives and priorities of its lay adherents. The final stage of the book explores the largely Unitarian legacy of Rational Dissent and its theological, cultural and social impact in England post 1800.

VALERIE SMITH received her PhD from the University of Kent after a long career teaching history. A gifted historical researcher well-known at Dr Williams's Library and other archives, she sadly passed away in 2019 with this book nearly ready for publication.