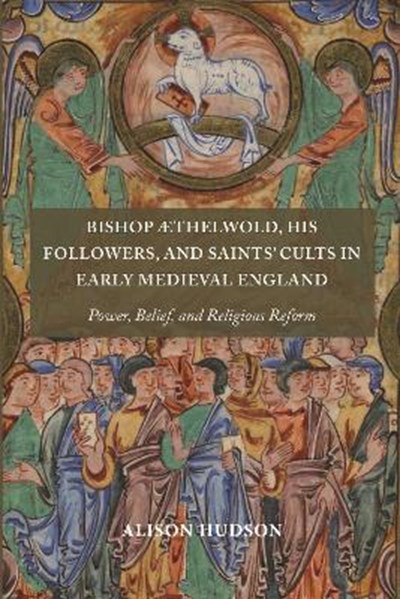 QTY
Add to Basket
Publisher: Boydell & Brewer Ltd
ISBN: 9781783276851
Number of Pages: 312
Published: 18/03/2022
Width: 15.6 cm
Height: 23.4 cm
Description Author Information Reviews
Bishop AEthelwold of Winchester and his associates were some of the most radical monastic reformers in tenth-century Europe. In two generations, they took over most of the powerful churches in the kingdom of England and implemented a number of the policies found in their ambitious monastic manifestos. They also had a major impact on the early development of the kingdom itself, taking a role in the establishment of a shire system that lasted a thousand years, negotiations with invaders, and attempts to create a standardized English language. AEthelwold and his circle were also enthusiastic venerators of saints. This book examines a range of sources, from hagiographies to charters, from liturgy to archaeological remains, to argue that saints' cults helped these men and women secure their power, wealth, and relationships with groups outside their monasteries. The saints that AEthelwold's circle promoted most lavishly were not necessarily the ones that they studied or the ones that matched their ideological agenda. Rather, AEthelwold's monks and nuns connected themselves to a wide range of saints, including the Virgin Mary, St Swithun, AEthelthryth of Ely, Iudoc, Grimbald, Botulf, Cuthbert, and many others. Venerating these saints helped AEthelwold and his followers appeal to other groups in society, including unreformed ecclesiastics, lay nobles, and the workers on their estates. This book therefore not only has implications for the study of early English history and literature, but also for the history of western European monasticism and saints' cults more generally.

Alison Hudson is an historian who works on tenth- and eleventh-century monks and manuscripts. She received her doctorate from Oxford University in 2014, and has since worked in Brussels, London, and Orlando.