Migrants and the Making of Modern Birmingham 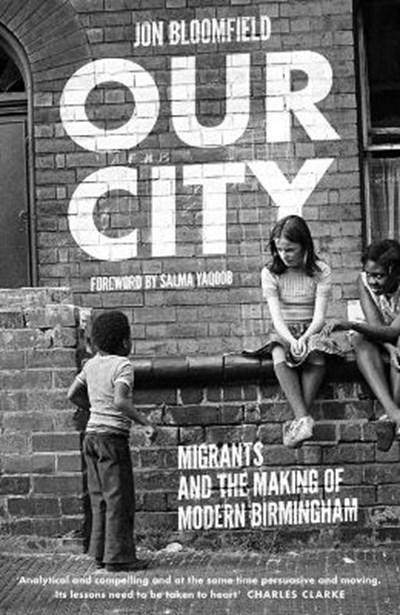 Migrants and the Making of Modern Birmingham

QTY
Add to Basket
Publisher: Unbound
ISBN: 9781783527168
Number of Pages: 288
Published: 07/03/2019
Width: 15.9 cm
Height: 24 cm
Description Author Information Reviews
Our City: Migrants and the Making of Modern Birmingham explores how one of Britain s major cities has been transformed for the better by its migrant population. Based on original interviews, this book tells the story of fifty migrants to Birmingham from all walks of life: first and second generation; men and women; from thirteen different countries ranging from Ireland to India, Pakistan to Poland, the Caribbean to Somalia. While Brexit and the dangers of Islamist extremism are being used to reassert a closed British identity, these tales of perseverance highlight the variety of migrant experience and provide an antidote to the fear-mongering of the tabloid press. This positive story of integration is all too rarely told, and it offers a firm defense of the principles of equality and increased diversity. Our City shows why mixed, open societies are the way forward for twenty-first-century cities, and how migrants help modern Britain not only survive, but prosper.

Jon Bloomfield is a historian and an urban policy specialist. He is currently an advisor to the EU s largest climate change initiative, Climate KIC, and for over a decade has been an Honorary Research Fellow at the University of Birmingham, having previously worked for Coventry and Birmingham City Councils. He lives in Birmingham. @jonbloomfield2