From John Wesley To John Stott 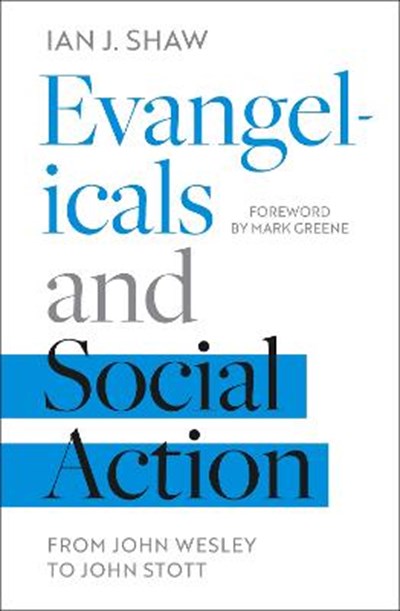 From John Wesley To John Stott

Publisher: Inter-Varsity Press
ISBN: 9781783596584
Number of Pages: 320
Published: 21/10/2021
Width: 15.6 cm
Height: 23.4 cm
Description Author Information Reviews
Evangelical Christians around the world have debated for years the extent to which they should be involved in ministries of social action and concern. In Evangelicals and Social Action Ian J. Shaw offers clarity to these debates by tracing the historical involvement of the evangelical church with issues of social action. Focusing on thinking and practices from John Wesley, one of the architects of eighteenth century evangelicalism, to John Stott's work in the second half of the twentieth century, he explores whether evangelism and social action really have been intimately related throughout the history of the church as Stott contended. After an overview of Christian social action prior to Wesley, from the early church through to the eighteenth century, Evangelicals and Social Action explores in detail responses from the evangelical church around the world to eighteen key issues of social action and concern - including poverty, racial equality, addiction, children 'at risk,' slavery, unemployment, and learning disability - encountered between the 1730s and the 1970s. Drawn from a wide range of contexts, these examples illuminate and clarify how Evangelical Christianity has viewed and been a part of ministries of social action over the last three centuries. With an assessment of the issues raised by this historical survey and its implications for evangelicals in the contemporary world, Evangelicals and Social Action is a book that will help better inform the debates around the evangelical church and social action still happening today. This is a book for anyone wanting to deepen their knowledge of the history of the evangelical church, and anyone wanting to better understand Christian social action from an evangelical perspective.

Ian J. Shaw is Chief Executive Officer of the OPAL Trust, a ministry dedicated to serving Christian leaders and churches in the majority world with Bibles and evangelical literature. He has been involved in leadership positions in theological education for over twenty-five years, in Glasgow, South Wales, and internationally with Langham Partnership. His previous books include Christianity: The Biography, Churches, Revolutions And Empires: 1789-1914, High Calvinists in Action: Calvinism and the City, William Gadsby and The Greatest is Charity.