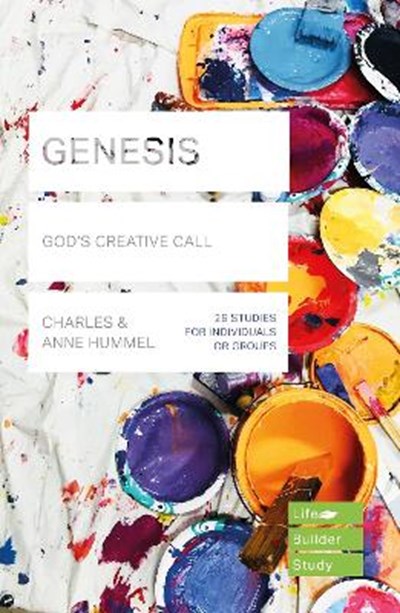 Publisher: Inter-Varsity Press
ISBN: 9781783598755
Number of Pages: 112
Published: 31/10/2021
Width: 13.8 cm
Height: 21 cm
Description Author Information Reviews
Do you struggle to know and to follow God's call for you in the world? Genesis tells us that even the giants of faith - Abraham, Isaac, Jacob and Joseph - struggled to obey their Creator. But Genesis also reveals the amazing truth that the God who called a world and a nation into being also calls each of us to serve him. The top-selling LifeBuilder Bible Studies have helped millions of people dig deeper into the Bible, individually and in groups. This revised edition features additional questions for starting group discussions and for meeting God in personal reflection, together with expanded leader's notes and an extra 'Now or Later' section in each study.

Charles is a former executive director of InterVarsity Christian Fellowship and past president of Barrington College (Rhode Island). He is the author of several books, including Freedom from Tyranny of the Urgent and Fire in the Fireplace (both from InterVarsity Press).