How the World Thinks

A Global History of Philosophy 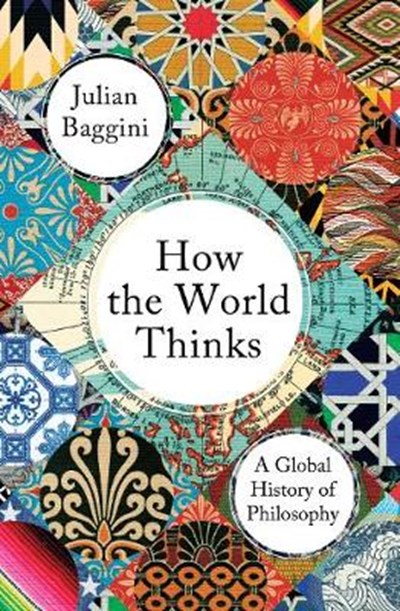 How the World Thinks

A Global History of Philosophy

Publisher: Granta Books
ISBN: 9781783782284
Number of Pages: 432
Published: 04/10/2018
Width: 15.3 cm
Height: 23.4 cm
Description Author Information Reviews
'Julian Baggini's How the World Thinks is there to fill the Sapiens-size hole in your life' Observer's guide to Autumn in culture In this groundbreaking global overview of philosophy, Julian Baggini travels the world to provide a wide-ranging map of human thought. One of the great unexplained wonders of human history is that written philosophy flowered entirely separately in China, India and Ancient Greece at more or less the same time. These early philosophies have had a profound impact on the development of distinctive cultures in different parts of the world. What we call 'philosophy' in the West is not even half the story. Julian Baggini sets out to expand our horizons in How the World Thinks, exploring the philosophies of Japan, India, China and the Muslim world, as well as the lesser-known oral traditions of Africa and Australia's first peoples. Interviewing thinkers from around the globe, Baggini asks questions such as: why is the West is more individualistic than the East? What makes secularism a less powerful force in the Islamic world than in Europe? And how has China resisted pressures for greater political freedom? Offering deep insights into how different regions operate, and paying as much attention to commonalities as to differences, Baggini shows that by gaining greater knowledge of how others think we take the first step to a greater understanding of ourselves.

Julian Baggini's books include Welcome to Everytown: A Journey into the English Mind, What's It All About?: Philosophy and the Meaning of Life, the bestselling The Pig that Wants to be Eaten, Do They Think You're Stupid?, The Ego Trick, The Virtues of the Table: How to Eat and Think, and Freedom Regained, all published by Granta Books. He has written for various newspapers, magazines, academic journals and think tanks. His website is microphilosophy.net.