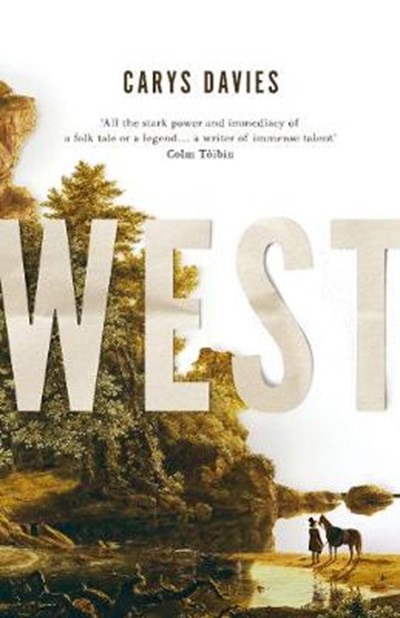 Publisher: Granta Books
ISBN: 9781783784226
Published: 24/04/2018
Description Author Information Reviews
When Cy Bellman, American settler and widowed father of Bess, reads in the newspaper that huge ancient bones have been discovered in a Kentucky swamp, he leaves his small Pennsylvania farm and young daughter to find out if the rumours are true: that the giant monsters are still alive, and roam the uncharted wilderness beyond the Mississippi River. West is the story of Bellman's journey and of Bess, waiting at home for her father to return. Written with compassionate tenderness and magical thinking, it explores the courage of conviction, the transformative power of grief, the desire for knowledge and the pull of home, from an exceptionally talented and original British writer. It is a radiant and timeless epic-in-miniature, an eerie, electric monument to possibility.

Carys Davies's short stories have been widely published in magazines and anthologies and broadcast on BBC Radio 4. They have won the Jerwood Fiction Uncovered Prize, the Society of Authors' Olive Cook Award, the Royal Society of Literature's V S Pritchett Prize, and a Northern Writers' Award, and her second collection, The Redemption of Galen Pike, won the Frank O'Connor International Short Story Award 2015.