Notes from the Dream House 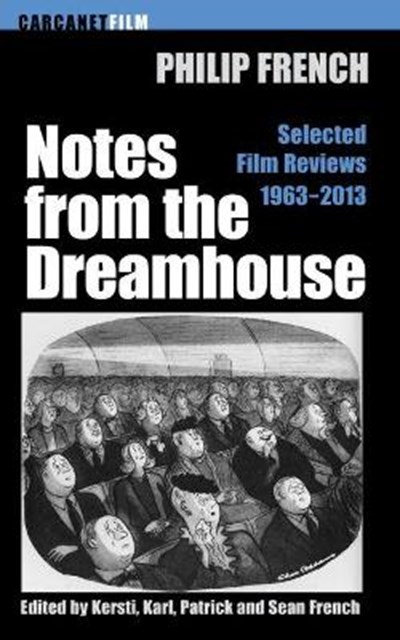 Notes from the Dream House

QTY
Add to Basket
Publisher: Carcanet Press Ltd
ISBN: 9781784106027
Number of Pages: 320
Published: 25/10/2018
Width: 13.5 cm
Height: 21.6 cm
Description Author Information Reviews
Notes from the Dream House is a `best of' selection of reviews by the celebrated Observer film critic Philip French. Spanning half the history of cinema, his reviews cover a great variety of films, from westerns and gangsters to art movies and musicals - the hits and the misses, the good, the bad and the ugly. French takes on films as disparate as The Gospel According to St Matthew and Ted, The Remains of the Day and Caligula. His reviews are personal, witty, and sharply perceptive. Time and again he reveals not only an encyclopaedic knowledge of cinema but also an erudition, an enthusiasm, and a boundless curiosity. Taken together, they form an illuminating commentary on modern culture; but above all they are a distillation of one man's lifelong love of cinema, a worthy memorial to one of the most respected and beloved of modern critics.

Philip French was born in Liverpool in 1933. He did his national service in the Parachute Regiment and was educated at Exeter College, Oxford and in the United States at Indiana University, Bloomington. He spent most of his career as a talks producer for BBC Radio. He wrote movie essays and reviews from the early 1960s onwards for a variety of magazines and newspapers. Between 1973 and 2013 he was film critic for the Observer. In 1986 he was on the jury of the Cannes Film Festival, and in 1988 was a member of the Booker Prize jury. He was the Critics Circle Critic of the Year in 2003 and the British Press Awards Critic of the Year in 2009. He became an Honorary Member of BAFTA in 2008 and a Fellow of the British Film Institute in 2013. In 2013 he was awarded an OBE. He wrote or edited numerous books including The Movie Moguls (1969), Westerns: Aspects of a Movie Genre (1974) and The Faber Book of Movie Verse (co-edited with Ken Wlaschin, 1993). A husband and father of three sons, French died in 2015. In 2016 the Critics Circle established the Philip French Award for outstanding breakthrough filmmaker of the year. In 2016 the Watershed arts venue in Bristol established the annual Philip French Lecture.