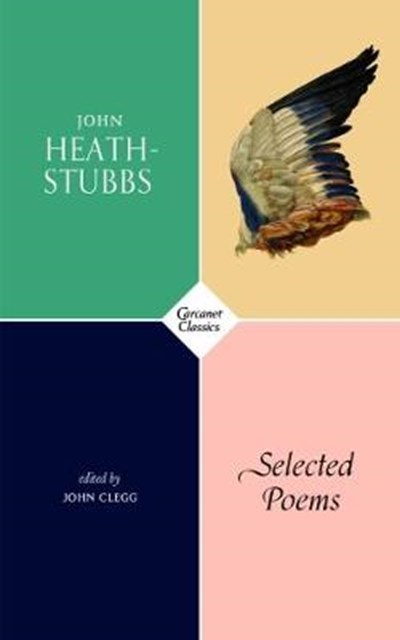 QTY
Add to Basket
Publisher: Carcanet Press Ltd
ISBN: 9781784106478
Number of Pages: 128
Published: 27/09/2018
Width: 13.5 cm
Height: 21.6 cm
Description Author Information Reviews
C.H. Sisson called John Heath-Stubbs `a Johnsonian presence with a Miltonic disability' - a reference to the poet's blindness. This selection of an abundant poet restores him to a new readership with the work on which his popularity was based. His ground-breaking early poetry is given its due, especially the major long poem Wounded Thammuz, printed here in its entirety. Heath-Stubbs was at the centre of the New Romantic school. The Second World War left him as almost the sole representative of one stream of English poetry. He remains crucial to the 1940s and '50s, and was a popular presence into the 1980s, composing his later poems in his head and reciting from memory. Too long he has been sidelined by shifts of critical fashion. Selected Poems includes a critical preface by John Clegg who essentialises and celebrates the work. Three of Heath-Stubbs' translations of Leopardi - revered by subsequent translators, and long out of print - are included.

John Heath-Stubbs was born in 1918 and educated at Queens College, Oxford. A critic, anthologist and translator as well as a poet, he has received the Queen's Gold Medal for Poetry and the prestigious Cross of St Augustine. Carcanet published seven previous collections by Heath-Stubbs, as well as a Collected Poems and a collection of his literary essays. In 1988 he was awarded the OBE. His poetry was published by Carcanet for almost thirty years. He died in London in December 2006.