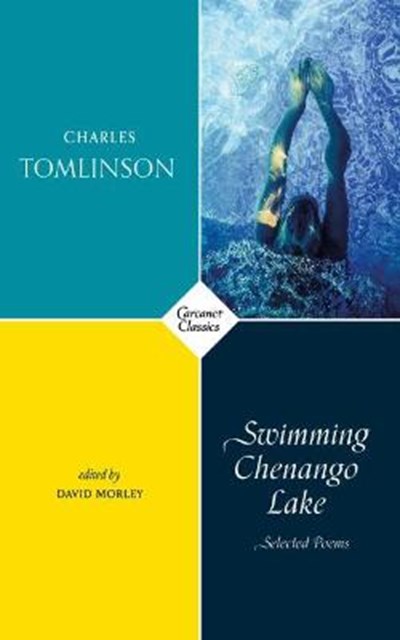 QTY
Add to Basket
Publisher: Carcanet Press Ltd
ISBN: 9781784106799
Number of Pages: 192
Published: 29/11/2018
Width: 13.5 cm
Height: 21.6 cm
Description Author Information Reviews
William Carlos Williams valued Charles Tomlinson's poetry: `He has divided his line according to a new measure learned, perhaps, for a new world. It gives a refreshing rustle or seething to the words which bespeak the entrance of a new life.' Of all the poets of his generation, Charles Tomlinson was most alert to English and translated poetry from other worlds. The Mexican poet Octavio Paz admired how he saw `the world as event... He is fascinated - with his eyes open: a lucid fascination - by the universal busyness, the continuous generation and degeneration of things.' Tomlinson's take on the world is sensuous; it is also deeply thoughtful, even metaphysical. He spoke of `sensuous cerebration' as a way of being in the world. His poems are always experimenting with impression and expression. This dynamic selection, edited by the poet and Ted Hughes Award winner David Morley, presents Tomlinson to a new generation of readers.

Charles Tomlinson was born in Stoke on Trent in 1927. He studied at Cambridge with Donald Davie and taught at the University of Bristol from 1956 until his retirement. He published many collections of poetry as well as volumes of criticism and translation, and edited the Oxford Book of Verse in Translation (1980). His poetry won international recognition and received many prizes in Europe and the United States, including the 1993 Bennett Award from the Hudson Review; the New Criterion Poetry Prize, 2002; the Premio Internazionale di Poesia Ennio Flaiano, 2001; and the Premio Internazionale di Poesia Attilio Bertolucci, 2004. He was an Honorary Fellow of Queens' College, Cambridge, the American Academy of the Arts and Sciences, and of the Modern Language Association. Charles Tomlinson was made a CBE in 2001 for his contribution to literature. He died in 2015; The poet David Morley, editor of this volume, is an ecologist and naturalist by background. He won the Ted Hughes Award for New Work in Poetry for The Invisible Gift: Selected Poems and a Cholmondeley Award for his contribution to poetry. His Carcanet collections include The Magic of What's There, The Gypsy and the Poet, Enchantment, The Invisible Kings and Scientific Papers. He wrote The Cambridge Introduction to Creative Writing and is co-editor with the Australian poet Philip Neilsen of The Cambridge Companion to Creative Writing. David Morley studied with Charles Tomlinson at Bristol and currently teaches at the University of Warwick. He is a Fellow of the Royal Society of Literature.