Men Who Were Honest to Jesus and What They Did 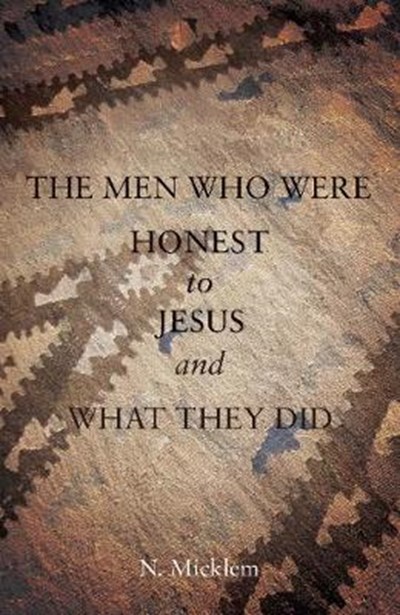 Men Who Were Honest to Jesus and What They Did

QTY
Add to Basket
Publisher: Troubador Publishing
ISBN: 9781784622442
Published: 28/05/2015
Description Author Information Reviews
It can readily be seen that faith has a strong portfolio of fabricated history. In The Men Who Were Honest to Jesus and What They Did, N. Micklem explores the forgotten story of the Disciples in his controversial account of their honesty. He believes that if they were honest to Jesus, they might be able to tell us something... Persecuted by Paul, parodied by Mark, covered in dust sheets by the scholarly community (who could have done better), the men who were honest to Jesus need someone to speak up for them. Preferably someone with at least three honorary doctorates and friends in high places (the author has enjoyed a fortunate life, but that someone is not he). Theirs is a forgotten story. People have been misled. In the present climate, they need someone to put the boot in on their behalf. If the companions of Jesus had not put themselves about after the crucifixion of Jesus, Saul would have never been contracted to persecute them; his name no household name, his bones scattered near Tarsus. If they had not been honest to Jesus, no one would have heard of him outside Palestine. In a similar nature to N. Micklem's first book, Plain Jesus (Matador, 2013), written in a style that was described as "cheerful and informal" by the Church Times, The Men Who Were Honest to Jesus and What They Did uses quirky prose and a conversational tone to suggest images for the reader to take away. This book will appeal to anyone who is interested in controversy surrounding religion and Christianity.

After a year or so as a conscript in a desert and some further education, N. Micklem spent his working life in the law, believing in justice and visiting thought-provoking places - Delphi, Cumae, Zimbabwe, the Galapagos - on holiday. He retired some time ago.