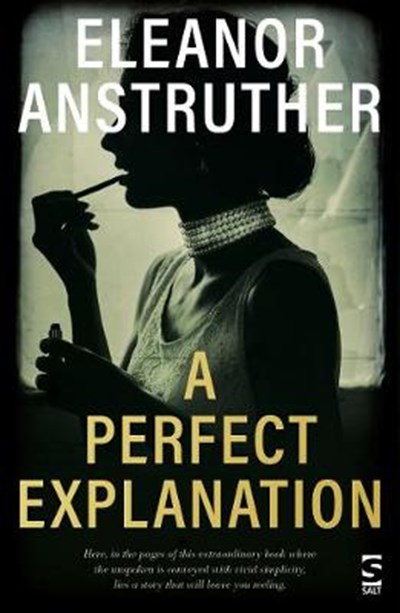 QTY
Add to Basket
Publisher: Salt Publishing
ISBN: 9781784631642
Number of Pages: 320
Published: 15/03/2019
Width: 13.5 cm
Height: 21.6 cm
Description Author Information Reviews
Longlisted for the Not the Booker Prize 2019 Longlisted for The Desmond Elliott Prize 2019 Observer: Fiction to look out for in 2019 The i Paper's 30 of the best new debut novels to read in 2019 Scottish Review of Books: 2019 in Prospect As featured on BBC Woman's Hour, Sky Sunrise and London Live 'Filled with cerebral intensity and scintillating dialogue' -The Desmond Elliott Prize Exploring themes of ownership and abandonment, Eleanor Anstruther's bestselling debut is a fictionalised account of the true story of Enid Campbell (1892-1964), granddaughter of the 8th Duke of Argyll. Interweaving one significant day in 1964 with a decade during the interwar period, A Perfect Explanation gets to the heart of what it is to be bound by gender, heritage and tradition, to fight, to lose, to fight again. In a world of privilege, truth remains the same; there are no heroes and villains, only people misunderstood. Here, in the pages of this extraordinary book where the unspoken is conveyed with vivid simplicity, lies a story that will leave you reeling.

Eleanor was born in London, educated at Westminster and read History of Art at Manchester University where she was distracted from finishing her degree by an urge for adventure. She travelled through Asia, Australia, Africa and America before settling down to write her debut under the mentorship of Dr Sally Cline at Anglia Ruskin. She lives in Surrey with her twin boys.