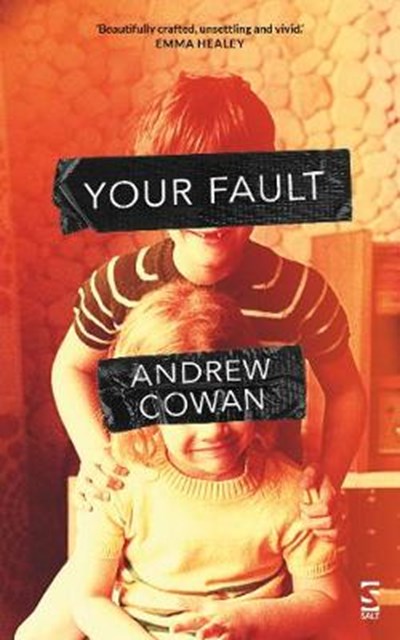 QTY
Add to Basket
Publisher: Salt Publishing
ISBN: 9781784631802
Number of Pages: 208
Published: 15/05/2019
Width: 13.5 cm
Height: 21.6 cm
Description Author Information Reviews
Metro: Best Fiction of 2019 Longlisted for the Not the Booker Prize 2019 'Elegant, unsparing, meticulously detailed novel in which a conscientious boy grows up with bedeviled parents. Where do men come from? They come from boys. Look again.' -Margaret Atwood 'A small masterpiece' -Phil Baker, The Sunday Times 'A terse, bitterly poignant novel about guilt and the art of retrospection' -Claire Allfree, Daily Mail 'If clarity of recollection is an art, Andrew Cowan is a master.' -Jane Graham, Big Issue Set in a 1960s English new town, Your Fault charts one boy's childhood from first memory to first love. A year older in each chapter, Peter's story is told to him by his future self as he attempts to recreate the optimism and futurism of the 1960s, and to reveal how that utopianism fares as it emerges into the Seventies. It's an untold story of British working class experience, written with extraordinary precision and tenderness.

Andrew Cowan was born in Corby and educated at the University of East Anglia. His first novel, Pig, was the winner of the Sunday Times Young Writer of the Year Award, a Betty Trask Award, the Ruth Hadden Memorial Prize, the Authors' Club First Novel Award and a Scottish Council Book Award, and was shortlisted for five other literary prizes. He is also the author of the writing guidebook The Art of Writing Fiction and four other novels: Common Ground, Crustaceans, What I Know and Worthless Men. He is the Director of the Creative Writing programme at UEA.