The Ship and the Attitude that Changed the World 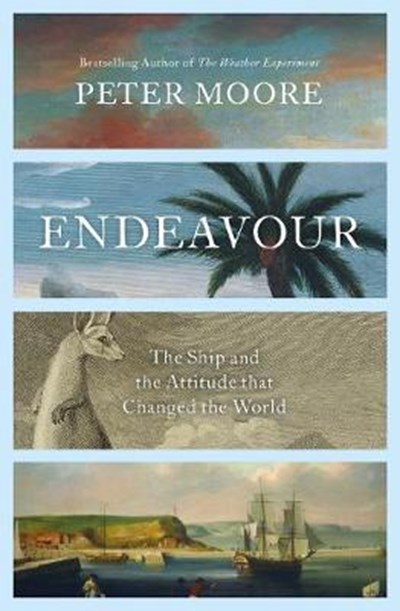 The Ship and the Attitude that Changed the World

Publisher: Vintage Publishing
ISBN: 9781784740900
Number of Pages: 432
Published: 23/08/2018
Width: 16.2 cm
Height: 24 cm
Description Author Information Reviews
THE SUNDAY TIMES BESTSELLER. An inventive biography of one of the most famous ships of all time - an alluring combination of history, adventure and science. 'HISTORY BOOK OF THE YEAR' Christopher Hart, Sunday Times The Enlightenment was an age of endeavours. Britain was consumed by the impulse for grand projects. In 1768 the Royal Navy bought a Whitby collier for an expedition to the South Seas. No one could have guessed she would become the most significant ship in the history of British exploration. Her name was Endeavour. Endeavour was a ship with many lives, famously carrying James Cook on his first great voyage to the Pacific islands. She was there at the Wilkes Riots in London and witnessed the bloody birth of the United States. A Polynesian priest, botanists, the first kangaroo to arrive in Britain and Hessian soldiers were just a few amongst her many passengers. According to Charles Darwin, she helped Cook add a hemisphere to the civilised world. NASA named a space shuttle after her. Yet to others, she was a toxic symbol, responsible for the dispossession and disruption of societies. For the first time, Peter Moore tells Endeavour's complete story, exploring the different lives of this remarkable ship -- from the oak that made her to her rich and complex legacy. 'Fascinating and richly detailed... Peter Moore has brought us an acute insight into the ship that carried some of the most successful explorers across the world. A fine book that's definitely worth exploring' Michael Palin

Peter Moore is a writer, journalist and lecturer. He teaches creative writing at the University of Oxford. His debut, Damn His Blood, reconstructed a rural murder in 1806. His second, The Weather Experiment, traced early efforts to forecast the weather. His latest book, Endeavour, was a multiple book of the year and a Sunday Times bestseller. He presents a history podcast called Travels Through Time.