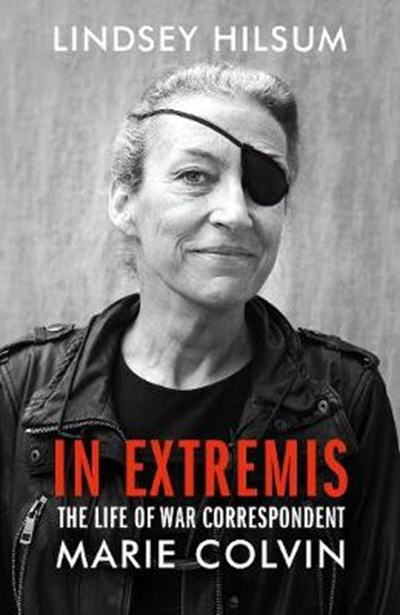 Publisher: Vintage Publishing
ISBN: 9781784740931
Number of Pages: 416
Published: 01/11/2018
Width: 16.2 cm
Height: 24 cm
Description Author Information Reviews
** BBC RADIO 4 BOOK OF THE WEEK ** ** A SUNDAY TIMES BOOK OF THE YEAR ** **Marie Colvin is the subject of a major biopic starring Rosamund Pike** 'A stunningly good biography' WILLIAM BOYD Marie Colvin was glamorous, hard-drinking, braver than the boys, with a troubled and rackety personal life. She reported from the most dangerous places in the world, going in further and staying longer than anyone else. Like her hero, the legendary reporter Martha Gellhorn, she sought to bear witness to the horrifying truths of war, to write 'the first draft of history' and to shine a light on the suffering of ordinary people. Marie covered the major conflicts of our time: Israel and Palestine, Chechnya, East Timor, Sri Lanka - where she was hit by a grenade and lost sight in her left eye, resulting in her trademark eye-patch - Iraq and Afghanistan. Her anecdotes about encounters with dictators and presidents - including Colonel Gaddafi and Yasser Arafat, whom she knew well - were incomparable. She was much admired, and as famous for her wild parties as for the extraordinary lengths to which she went to tell the story, including being smuggled into Syria where she was killed in 2012. Written by fellow foreign correspondent Lindsey Hilsum, this is the story of the most daring war reporter of her time. Drawing on unpublished diaries and interviews with Marie's friends, family and colleagues, Hilsum conjures a fiercely compassionate, complex woman who was driven to an extraordinary life and tragic death. In Extremis is the story of our turbulent age, and the life of a woman who defied convention. *Marie Colvin is remembered in two films: Under the Wire, a drama-doc about Marie's last trip to Syria, and A Private War, a feature film about her life, starring Rosamund Pike*

Lindsey Hilsum is Channel 4 News International Editor. She has covered many of the conflicts of recent years, including Syria, Ukraine and the Arab Spring - sometimes alongside Marie Colvin. In 1994, she was the only English-speaking foreign correspondent in Rwanda when the genocide began. She was in Belgrade for the 1999 NATO bombing of Serbia, and in Baghdad for the 2003 US invasion of Iraq. She has won awards from the Royal Television Society and BAFTA amongst others, and was the recipient of the 2017 Patron's Medal from the Royal Geographical Society. Her last book Sandstorm: Libya from Gadaffi to Revolution was described by the Observer as 'an account with historical depth to match dramatic reportage.' In Extremis was shortlisted for the Costa Biography Award and won the James Tait Black Award.