Growing Up, Getting Away and Returning to Britain's Poorest Towns 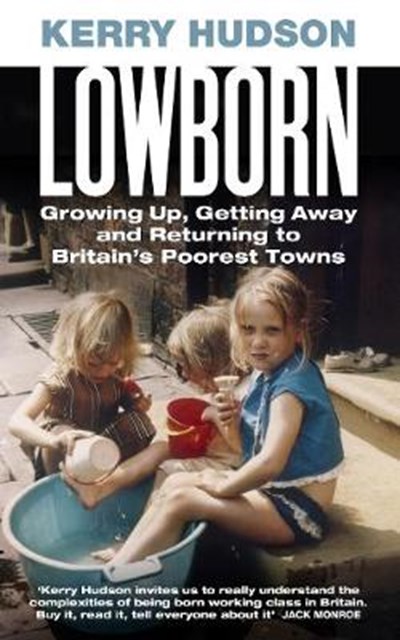 Growing Up, Getting Away and Returning to Britain's Poorest Towns

Publisher: Vintage Publishing
ISBN: 9781784742454
Number of Pages: 256
Published: 16/05/2019
Width: 14.4 cm
Height: 22.2 cm
Description Author Information Reviews
A powerful, personal agenda-changing exploration of poverty in today's Britain. 'One of the most important books of the year' Guardian 'When every day of your life you have been told you have nothing of value to offer, that you are worth nothing to society, can you ever escape that sense of being 'lowborn' no matter how far you've come?' Kerry Hudson is proudly working class but she was never proudly poor. The poverty she grew up in was all-encompassing, grinding and often dehumanising. Always on the move with her single mother, Kerry attended nine primary schools and five secondaries, living in B&Bs and council flats. She scores eight out of ten on the Adverse Childhood Experiences measure of childhood trauma. Twenty years later, Kerry's life is unrecognisable. She's a prizewinning novelist who has travelled the world. She has a secure home, a loving partner and access to art, music, film and books. But she often finds herself looking over her shoulder, caught somehow between two worlds. Lowborn is Kerry's exploration of where she came from. She revisits the towns she grew up in to try to discover what being poor really means in Britain today and whether anything has changed. **A Stylist Book of the Decade**

Kerry Hudson was born in Aberdeen. Her first novel, Tony Hogan Bought Me an Ice-cream Float Before He Stole My Ma, won the Scottish Mortgage Investment Trust First Book Award and was shortlisted for an array of prizes including the Guardian First Book Award and the Sky Arts Awards. Thirst, her second novel, won the prestigious prix Femina etranger. Lowborn is her first work of non-fiction, and her journey has led to a highly successful column for the Pool. She currently lives in Liverpool.