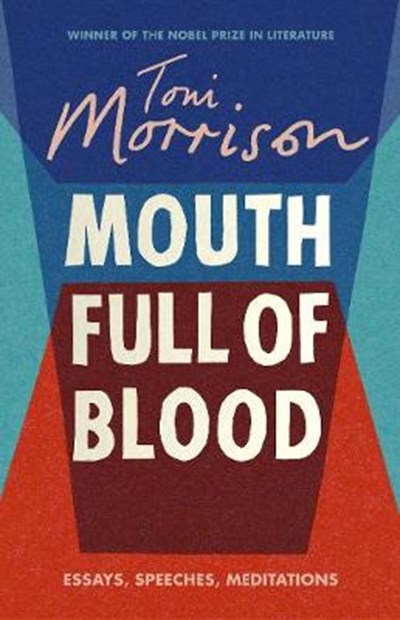 Publisher: Vintage Publishing
ISBN: 9781784742850
Number of Pages: 368
Published: 21/02/2019
Width: 16.2 cm
Height: 24 cm
Description Author Information Reviews
"She was our conscience. Our seer. Our truth-teller. She was a magician with language, who understood the power of words. She used them to roil us, to wake us, to educate us and help us grapple with our deepest wounds and try to comprehend them." - Oprah Winfrey A vital non-fiction collection from one of the most celebrated and revered American writers Spanning four decades, these essays, speeches and meditations interrogate the world around us. They are concerned with race, gender and globalisation. The sweep of American history and the current state of politics. The duty of the press and the role of the artist. Throughout Mouth Full of Blood our search for truth, moral integrity and expertise is met by Toni Morrison with controlled anger, elegance and literary excellence. The collection is structured in three parts and these are heart-stoppingly introduced by a prayer for the dead of 9/11, a meditation on Martin Luther King and a eulogy for James Baldwin. Morrison's Nobel lecture, on the power of language, is accompanied by lectures to Amnesty International and the Newspaper Association of America. She speaks to graduating students and visitors to both the Louvre and America's Black Holocaust Museum. She revisits The Bluest Eye, Sula and Beloved; reassessing the novels that have become touchstones for generations of readers. Mouth Full of Blood is a powerful, erudite and essential gathering of ideas that speaks to us all. It celebrates Morrison's extraordinary contribution to the literary world. 'Word-work is sublime, she thinks, because it is generative; it makes meaning that secures our difference, our human difference-the way in which we are like no other life. We die. That may be the meaning of life. But we do language. That may be the measure of our lives.' The Nobel Lecture in Literature, 1993

Toni Morrison was awarded the Nobel Prize in Literature in 1993. She was the author of many novels, including The Bluest Eye, Sula, Beloved, Paradise and Love. She received the National Book Critics Circle Award and a Pulitzer Prize for her fiction and was awarded the Presidential Medal of Freedom, America's highest civilian honour, in 2012 by Barack Obama. Toni Morrison died on 5 August 2019 at the age of eighty-eight.