from the creator of Hannibal Lecter 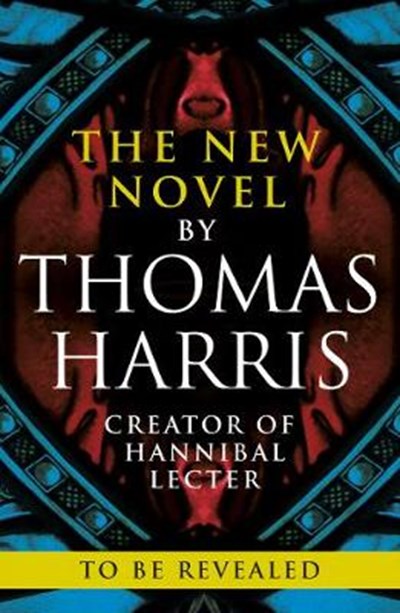 from the creator of Hannibal Lecter

Publisher: Cornerstone
ISBN: 9781785152207
Number of Pages: 336
Published: 16/05/2019
Width: 16.2 cm
Height: 24 cm
Description Author Information Reviews
________________________________ From the creator of Hannibal Lecter and The Silence of the Lambs comes a story of evil, greed and the consequences of dark obsession. ________________________________ Twenty-five million dollars in cartel gold lies hidden beneath a mansion on the Miami Beach waterfront. Ruthless men have tracked it for years. Leading the pack is Hans-Peter Schneider. Driven by unspeakable appetites, he makes a living fleshing out the violent fantasies of other, richer men. Cari Mora, caretaker of the house, has escaped from the violence in her native country. She stays in Miami on a wobbly Temporary Protected Status, subject to the iron whim of ICE. She works at many jobs to survive. Beautiful, marked by war, Cari catches the eye of Hans-Peter as he closes in on the treasure. But Cari Mora has surprising skills, and her will to survive has been tested before. Monsters lurk in the crevices between male desire and female survival. No other writer in the last century has conjured those monsters with more terrifying brilliance than Thomas Harris. Cari Mora, his sixth novel, is the long-awaited return of an American master. ________________________________ 'As good as ever. Reading his prose is like running a slow hand down cold silk.' STEPHEN KING 'The last two decades of 19th century popular fiction were dominated by Conan Doyle and Sherlock Homes. A century on, suspense literature has achieved their equals in Thomas Harris.' GUARDIAN 'Harris's writing bears the hallmarks of honed perfection.' THE TIMES 'The good news for readers of Cari Mora is that Hannibal is here in spirit if not in person ... What his fans look for is here - turned up to 11.' SPECTATOR 'A tense heist thriller ... Harris's best since The Silence of the Lambs' NEW STATESMAN 'Cari Mora reinforces the brilliance of an author who can carve a piece of art from the placement of words on a page to form a narrative that scorches the mind, and makes one think.' SHOTS MAGAZINE 'A literary event ... Thomas Harris is a supreme thriller writer - for not only does he create memorable and monstrous villains, but he also gives us formidable female protagonists ... Violent, brutal and action-packed, yet told with Harris's typical wry wit, it crackles from first page to last.' DAILY MAIL 'A cavalcade of the grotesque, with murderous figures that make Hannibal the Cannibal, the Tooth Fairy and Buffalo Bill appear like upright citizens from small-town America ... Hollywood directors will be dreaming of a golden windfall by putting this page-clawing thriller on to the big screen. Harris is a superlative storyteller with an eye for the director's cut.' DAILY EXPRESS 'Thomas Harris, the creator of Hannibal Lecter, is the greatest thriller writer of our time ... An expertly delivered and fast-paced thriller, full of distinctively Harrisian inflections' EVENING STANDARD 'A gripping tale of lost cartel gold ... No shortage of physical action ... Harris delivers a narrative that is absolutely cut to the bone' FINANCIAL TIMES 'Pulse-boosting suspense ...Harris's flavourful prose: laconic, tough-guy Hemingway one moment ... then veering off into imagery of a Baroque luxuriance ... Harris evokes the poetry of everyday life - especially the natural world.' i NEWS

Thomas Harris is the author of five novels and is perhaps best known for his character Hannibal Lecter. All of his books have been made into films, including most notably the multiple Oscar winner, The Silence of the Lambs. Harris began his writing career covering crime in the United States and Mexico, and was a reporter and editor at the Associated Press in New York.