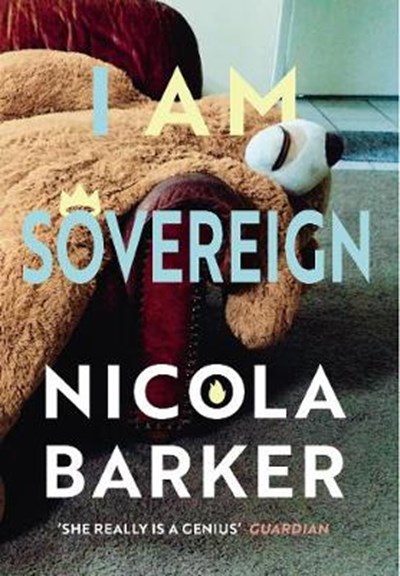 Publisher: Cornerstone
ISBN: 9781785152269
Number of Pages: 224
Published: 25/07/2019
Width: 13.8 cm
Height: 20.4 cm
Description Author Information Reviews
__________________________________________ 'One of the funniest, most finely achieved comic novels, even by her own standard ... I think it's a masterpiece.' ALI SMITH 'I think Nicola Barker is incapable of a dull page. [Her work] is unified by its spirit of adventure.' KEVIN BARRY Charles, a forty-year-old boutique teddy bear maker and wearer of ironic t-shirts, is trying - and failing - to sell his small, characterless house in Llandudno. His estate agent Avigail, whose name is definitely not Abigail, is trying - in vain - to rein in Charles's most unhelpful eccentricities, especially his repeated recounting to prospective buyers of a failed burglary that took place twelve years ago. When Wang Shu and her daughter Ying Yue view the house, Wang Shu is mysteriously struck by a falling oyster shell - the first in a series of seemingly innocuous events distort the reality of the characters' lives and cause them to question their very existence. As religious epiphanies bump up against declarations of love, the characters begin to sabotage the fictional world they inhabit, causing our entire understanding of the book - and of the boundaries between fiction and real life - to be radically upended. A tour de force that twists the novel into new shapes, I Am Sovereign sees Nicola Barker at her most joyful, provocative and riotous. __________________________________________ 'She really is a genius.' GUARDIAN 'Life-affirming hilarity - Evelyn Waugh on ecstasy.' NELL ZINK 'A madly brilliant little book that asks who at any point is in control of what. I loved it.' DAILY MAIL 'Nicola Barker's wildness and capacity for the absurd often delight me.' SARAH MOSS 'What an audacious writer Nicola Barker is ... In an era when plot is king, Barker has typically, joyously, dispensed with one ... Barker's pleasure in the novella feels defiant.' EVENING STANDARD 'I Am Sovereign is bursting with energy, compassion and humour.' LITERARY REVIEW 'Barker is a writer in a class of her own ... A work of coruscating intelligence, of deep humanity.' OBSERVER 'A riotous burst of a novel that scrutinises the nature of fiction with the lightest of touches.' MAIL ON SUNDAY 'A bracing, brilliantly bonkers comic novel ... This is freewheeling fiction that delights in the visual.' SUNDAY TIMES 'Barker's writing is very, very funny, both ha ha and strange ... Fans of Ali Smith's "Seasonal Quartet" will enjoy a similarly arch, detached view on the banality of contemporary Britain ... A gloriously audacious blend of, well, the deep and the trite.' INDEPENDENT

Nicola Barker was born in Ely in 1966 and spent part of her childhood in South Africa. She is the author of twelve novels - including Wide Open, Darkmans, The Yips and In the Approaches - and two short story collections. She has been twice longlisted and once shortlisted for the Man Booker Prize, has won the IMPAC, the John Llewellyn Rhys and the Hawthornden Prizes, and was named one of Granta's 20 Best Young British Writers in 2003. Her latest novel, H(A)PPY, won the 2017 Goldsmiths Prize and was longlisted for the Women's Prize for Fiction 2018.