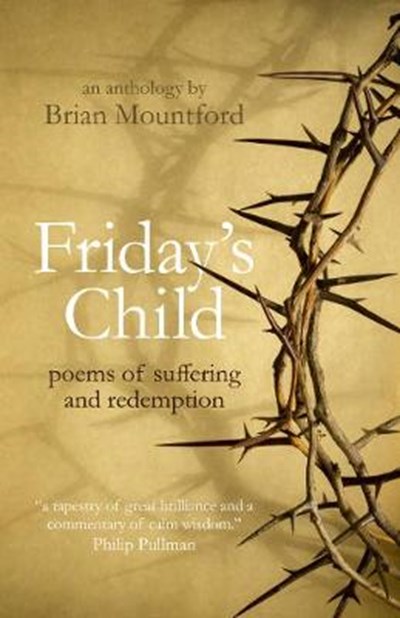 QTY
Add to Basket
Publisher: John Hunt Publishing
ISBN: 9781785357411
Number of Pages: 128
Published: 23/02/2018
Width: 14.1 cm
Height: 21.5 cm
Description Author Information Reviews
Brian Mountford has chosen thirty five poems which explore the human experience of suffering and redemption, accompanied by his own thoughtful and witty commentary. The collection contains secular and sacred pieces in equal measure and came into being as part of a programme to bring a sense of seriousness, in a non prescriptive, open-ended way to the Easter holiday crowds in the University Church, Oxford, where the poems were read on Good Friday with dignity and panache by senior school children. The selection has not been augmented in any kind of attempt to provide a fully representative anthology, but kept exactly as it evolved in response to this specific need.

Interested in the clash between religious faith and the atheist/agnostic critique, Brian Mountford MBE has worked in Oxford for 30 years. He is a Fellow of St Hilda's College and an established speaker on contemporary religious issues, leadership, and in 2018 will be acting Chaplain of Corpus Christi College, Oxford.