Quaker Quicks - What Do Quakers Believe?

A religion of everyday life 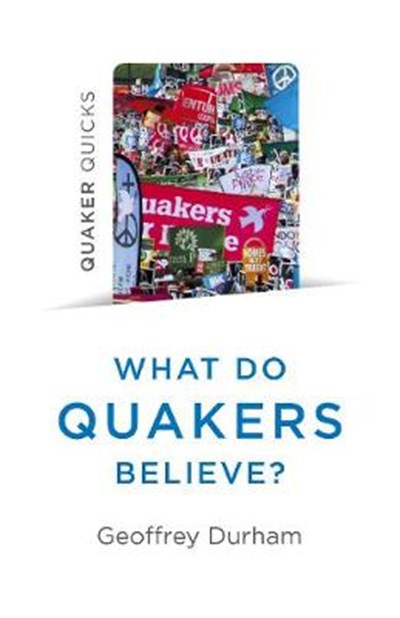 Quaker Quicks - What Do Quakers Believe?

A religion of everyday life

eBook FAQ
Add to Basket
Publisher: John Hunt Publishing
ISBN: 9781785358937
Number of Pages: 88
Published: 29/03/2019
Width: 14 cm
Height: 21.6 cm
Description Author Information Reviews
"So what do you believe?" It's the question Quakers are always asked first and the one they find hardest to answer, because they don't have an official list of beliefs. And Quakerism is a religion of doing, not thinking. They base their lives on equality and truth; they work for peace, justice and reconciliation; they live adventurously. And underpinning their unique way of life is a spiritual practice they have sometimes been wary of talking about. Until now. In What Do Quakers Believe? Geoffrey Durham answers the crucial question clearly, straightforwardly and without jargon. In the process he introduces a unique religious group whose impact and influence in the world is far greater than their numbers suggest. What Do Quakers Believe? is a friendly, direct and accessible toe-in-the-water book for readers who have often wondered who these Quakers are, but have never quite found out.

Geoffrey Durham went to his first Quaker meeting in 1994 and has been going regularly ever since. He worked as an entertainer, actor and director for thirty-five years before retiring in 2006 to work more actively for Quakers. He was one of the founders of Quaker Quest, a ground-breaking outreach project and an editor and contributor to the Twelve Quakers series of books (republished as New Light). Geoffrey has written three introductions to Quakerism for newcomers and is a regular speaker at Quaker events. He lives in London, UK.