the heart-breaking and unforgettable international bestseller 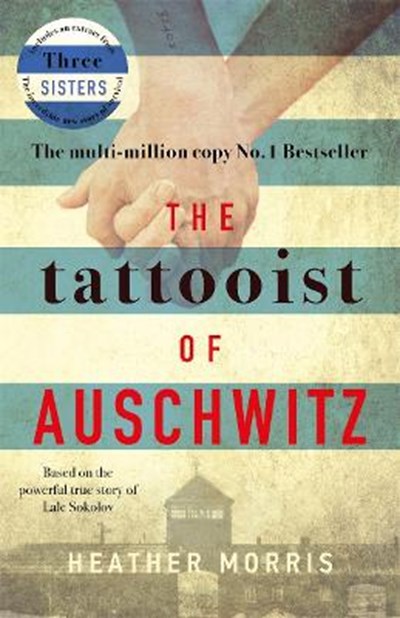 the heart-breaking and unforgettable international bestseller

QTY
Add to Basket
Publisher: Zaffre
ISBN: 9781785763670
Number of Pages: 352
Published: 04/10/2018
Width: 12.9 cm
Height: 19.8 cm
Description Author Information Reviews
One of the bestselling books of the 21st century with over 6 million copies sold. Don't miss the conclusion to The Tattooist of Auschwitz Trilogy, Three Sisters. Available to pre-order now. I tattooed a number on her arm. She tattooed her name on my heart. In 1942, Lale Sokolov arrived in Auschwitz-Birkenau. He was given the job of tattooing the prisoners marked for survival - scratching numbers into his fellow victims' arms in indelible ink to create what would become one of the most potent symbols of the Holocaust. Waiting in line to be tattooed, terrified and shaking, was a young girl. For Lale - a dandy, a jack-the-lad, a bit of a chancer - it was love at first sight. And he was determined not only to survive himself, but to ensure this woman, Gita, did, too. So begins one of the most life-affirming, courageous, unforgettable and human stories of the Holocaust: the love story of the tattooist of Auschwitz. Discover Cilka's Journey, the incredible bestselling sequel to The Tattooist of Auschwitz. Out now. ----- 'Extraordinary - moving, confronting and uplifting . . . I recommend it unreservedly' Greame Simsion 'A moving and ultimately uplifting story of love, loyalties and friendship amidst the horrors of war . . . It's a triumph.' Jill Mansell

Born in New Zealand, Heather Morris lives and works in Melbourne, Australia. In 2003, she met Lale Sokolov, a meeting that changed both their lives. As their friendship grew, he entrusted her with the task of telling the world the innermost details of his life during the Holocaust.