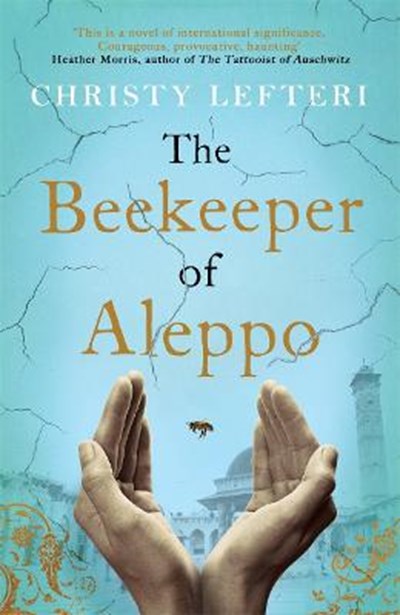 Publisher: Zaffre
ISBN: 9781785768927
Number of Pages: 384
Published: 02/05/2019
Width: 16.2 cm
Height: 24 cm
Description Author Information Reviews
Includes a free chapter from Christy Lefteri's heartbreaking follow up, Songbirds. Available to pre-order now. A RICHARD & JUDY BOOK CLUB CHOICE 2020 A BBC RADIO 2 BOOK CLUB CHOICE 2019 WINNER OF THE ASPEN WORDS LITERARY PRIZE THE READING AGENCY'S PICK FOR NATIONAL READING GROUP DAY OVER A MILLION COPIES SOLD WORLDWIDE 'This is a novel of international significance. Courageous, provocative, haunting, it will open our eyes' Heather Morris, author of The Tattooist of Auschwitz In the midst of war, he found love In the midst of darkness, he found courage In the midst of tragedy, he found hope The Beekeeper of Aleppo What will you find from his story? Nuri is a beekeeper; his wife, Afra, an artist. They live a simple life, rich in family and friends, in the beautiful Syrian city of Aleppo - until the unthinkable happens. When all they care for is destroyed by war, they are forced to escape. As Nuri and Afra travel through a broken world, they must confront not only the pain of their own unspeakable loss, but dangers that would overwhelm the bravest of souls. Above all - and perhaps this is the hardest thing they face - they must journey to find each other again. Moving, powerful, compassionate and beautifully written, The Beekeeper of Aleppo is a testament to the triumph of the human spirit. Told with deceptive simplicity, it is the kind of book that reminds us of the power of storytelling. Look out for Christy Lefteri's next novel, Songbirds, out summer 2021. ___ 'This book dips below the deafening headlines, and tells a true story with subtlety and power' Esther Freud 'A beautiful novel, intelligent, thoughtful; and relevant. I'm recommending this book to everyone I care about. So I'm recommending this book to you' Benjamin Zephaniah 'Powerful, thought-provoking and beautifully crafted' Choice Magazine

Brought up in London, Christy Lefteri is the child of Cypriot refugees. She is a lecturer in creative writing at Brunel University. Her novel, The Beekeeper of Aleppo, is an international bestseller, selling well over a million copies worldwide and published in over 40 countries... The Beekeeper of Aleppo won The Aspen Literary Prize (for an influential work of fiction that illuminates a vital contemporary issue and demonstrates the transformative power of literature on thought and culture). It was the runner up for The Dayton Literary Prize and won the Prix de l'Union Interalliee for Best Foreign novel in France. Songbirds is her bestselling second novel.