Confessions of a Rabbi 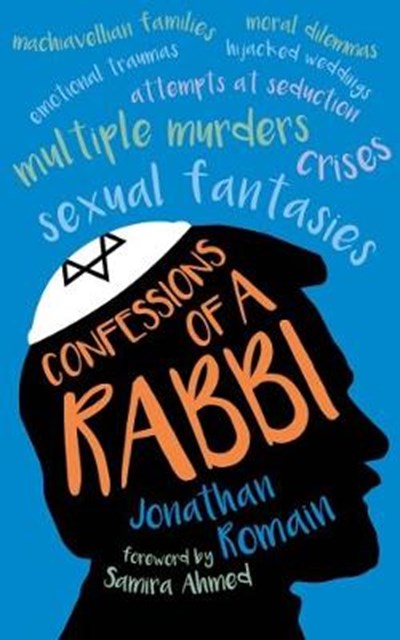 Confessions of a Rabbi

QTY
Add to Basket
Publisher: Biteback Publishing
ISBN: 9781785901898
Published: 08/03/2017
Description Author Information Reviews
The life of a congregational rabbi is often seen as an ivory-tower existence - full of prayers and piety - but Jonathan Romain's has radically departed from that image. Virtually no one has ever asked him about their spiritual life and instead he has dealt with a rollercoaster of crises, emotional traumas, moral dilemmas, attempts at seduction, multiple murders, Machiavellian families, funerals that go wrong, weddings that are hijacked, and fighting his way through a maze of other people's sexual fantasies. Nothing in rabbinic training ever hinted that this catalogue of human misery would become part of his calling, nor gave any clues as to how to handle it. Luckily, his previous careers - as a radio agony aunt, prison chaplain, postman and nightclub bouncer - gave him insights that proved very useful in navigating through the human jungle, and hopefully helping some of those he has met on the way. Candid, poignant and often hilarious, this highly original and very readable book offers a behind-the-scenes glimpse into an extraordinary job dealing with timeless human scenarios.

Rabbi Dr Jonathan Romain is a writer and broadcaster, and minister of Maidenhead synagogue. The author of The Jews of England, he is also chair of the Accord Coalition on faith schools. He writes for The Times, The Guardian, The Independent, The Huffington Post and The Jewish Chronicle, and appears regularly on radio and television.