Confessions of a Political Maverick 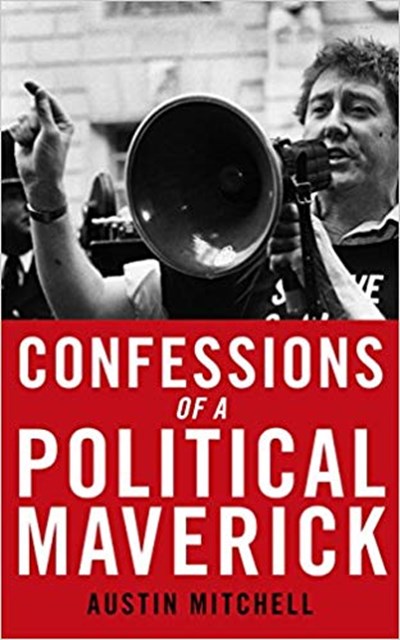 Confessions of a Political Maverick

QTY
Add to Basket
Publisher: Biteback Publishing
ISBN: 9781785904011
Description Author Information Reviews
Austin Mitchell is a political maverick. For thirty-eight years he was a fly in the parliamentary ointment, a recurring itch on the body politic. A maverick may annoy the whips, threaten party discipline and challenge the solemnities of Parliament. Troublemakers they may well be, but the Commons would certainly be a duller place without them. However Mitchell s dissidence wasn t all bitterness without volume control. Rattling the cage, swimming against the tide, pursuing honourable causes and, of course, fighting for his constituency, Grimsby, proved a rewarding career in itself. Confessions of a Political Maverick succeeds in uncovering the realities behind the pretentious parliamentary facade of tradition and the stuffy complacency of Britain s failing political class. Dissenting from the peculiar and highly particular conformity of career politicians dedicated to climbing the greasy pole can be a lonely role, but it can also be fun. It certainly was for Austin Mitchell

Austin Mitchell was Labour MP for Grimsby from 1977 until 2015 and is a former member of the public accounts committee. Born in Bradford, Mitchell was educated at Woodbottom Council School, Bingley Grammar School, the University of Manchester and Nuffield College, Oxford. From 1959-63 he lectured in history at the University of Otago in Dunedin, New Zealand. He was a journalist at Yorkshire Television, from 1969 to 1977, presenting their regional news programme Calendar. He has also worked for the BBC.