The Slow Downfall of Margaret Thatcher

The Diaries of Bernard Ingham 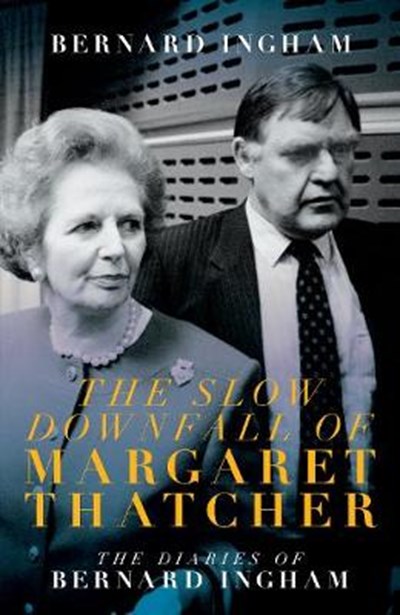 The Slow Downfall of Margaret Thatcher

The Diaries of Bernard Ingham

QTY
Add to Basket
Publisher: Biteback Publishing
ISBN: 9781785904783
Number of Pages: 368
Published: 11/06/2019
Description Author Information Reviews
Branded `the rough-spoken Yorkshire Rasputin', Bernard Ingham served as Margaret Thatcher's press secretary for virtually all of her eleven-year premiership, adroitly steering the government's relationship with the media - and the Prime Minister's relationship with the nation. Known for his unswerving loyalty, he robustly defended Thatcher from her critics in both the press and the political jungle, earning him friends and foes in equal measure, as she went on to win three consecutive elections. Thatcher's last days in power, however, saw some of the most remarkable events in British political history, and Ingham was, for once, helpless to turn the tide. These eagerly anticipated diaries cover two turbulent years from January 1989 to December 1990 - a period Ingham terms `the long, slow assassination' - detailing the succession of crises that led to the Prime Minister's resignation in November 1990, and the critical roles played by the big political beasts of the time. With his trademark gruff candour and wry wit, Ingham's spirited diaries shed new light on Thatcher's final months in No. 10, charting the dramatic downfall of one of the most influential figures of the twentieth century.

Bernard Ingham was a journalist for eighteen years, mostly in his native Yorkshire, before leaving The Guardian as labour reporter in 1967 on a short-term civil service contract with the National Board for Prices and Incomes. During his civil service career, he was press secretary to Barbara Castle, Robert Carr and Maurice Macmillan at the Department of Employment, and Lord Carrington, Eric Varley and Tony Benn at the Department of Energy, where he became the first head of the Energy Conservation Division. He was recruited by Margaret Thatcher in 1979 and remained with her as chief press secretary until her resignation and his retirement in 1990. At eighty-six, he still writes a weekly political column for the Yorkshire Post. He has published four books on Yorkshire and two on his experience of politics and communications: Kill the Messenger and The Wages of Spin.