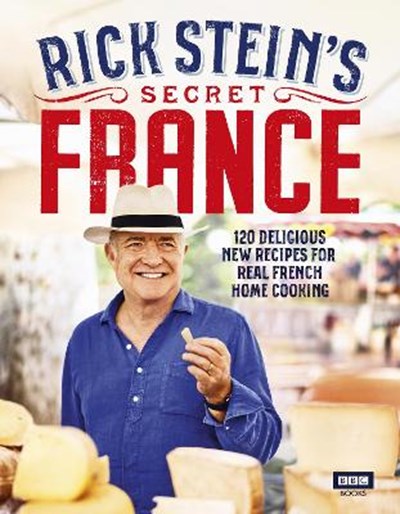 QTY
Add to Basket
Publisher: Ebury Publishing
ISBN: 9781785943881
Number of Pages: 320
Published: 31/10/2019
Width: 19.8 cm
Height: 25.3 cm
Description Author Information Reviews
Real French home cooking with all the recipes from Rick's new BBC Two series. Over fifty years ago Rick Stein first set foot in France. Now, he returns to the food and cooking he loves the most ... and makes us fall in love with French food all over again. Rick's meandering quest through the byways and back roads of rural France sees him pick up inspiration from Normandy to Provence. With characteristic passion and joie de vivre, Rick serves up incredible recipes: chicken stuffed with mushrooms and Comte, grilled bream with aioli from the Languedoc coast, a duck liver parfait bursting with flavour, and a recipe for the most perfect raspberry tart plus much, much more. Simple fare, wonderful ingredients, all perfectly assembled; Rick finds the true essence of a food so universally loved, and far easier to recreate than you think.

Rick Stein's passion for using good-quality local produce and his talent for creating delicious recipes in his books and restaurants have won him a host of awards, accolades and fans. As well as presenting a number of television series, he has published many best-selling cookery books, including French Odyssey, Coast to Coast, Far Eastern Odyssey, Rick Stein's Long Weekends and Rick Stein's India. Rick has always believed in showcasing local seafood and farm produce in his four restaurants in Padstow, Cornwall, where he also has a cookery school, food shops and a pub in the nearby village of St Merryn. In 2018 Rick was awarded an CBE for services to the economy. He divides his time between Padstow, London and Australia, where he also has two seafood restaurants by the sea in Mollymook, and Port Stephens NSW.