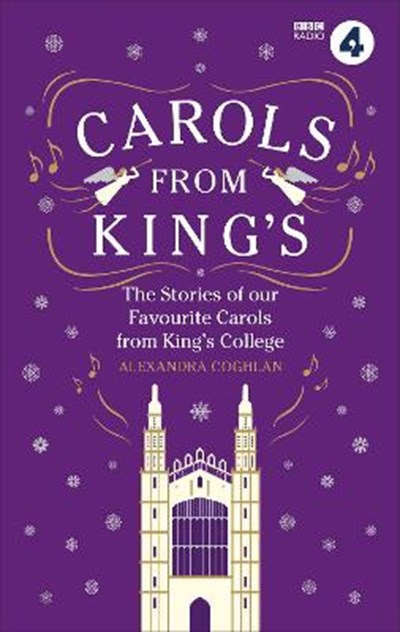 eBook FAQ
Add to Basket
Publisher: Ebury Publishing
ISBN: 9781785944666
Number of Pages: 224
Published: 22/08/2019
Width: 12.6 cm
Height: 19.8 cm
Description Author Information Reviews
The exquisite sound of a lone chorister singing Once in Royal David's City amid the candlelit chapel of King's College, Cambridge, marks the start of the Christmas festivities for millions of people round the globe. Broadcast at 3pm on Christmas Eve, A Festival of Nine Lessons and Carols provides a precious moment of tranquillity amongst the bustle of the festive season. Take a journey through the fascinating history of carols, from the very first - sung by the angels to the shepherds at Bethlehem - to anecdotes from contemporary King's choristers. Learn how carols have evolved from pagan songs to become one of our nation's most sacred treasures. Accompanied by lyrics and music and compiled in conjunction with Radio 4 and King's College Chapel, Carols From King's is the official companion for fans of Christmas and carols alike.

Alexandra Coghlan is a music journalist and critic. She has written for publications including the Spectator, New Statesman, the Independent, Gramophone and Opera magazines, and for ensembles including the BBC Proms, Salzburg Festival, The Academy of Ancient Music and The Sixteen. Alexandra was a choral scholar at Trinity College, Cambridge, and it was during her time there that she first discovered the beauty of King's College Chapel and the unique sound of the King's College Choir.