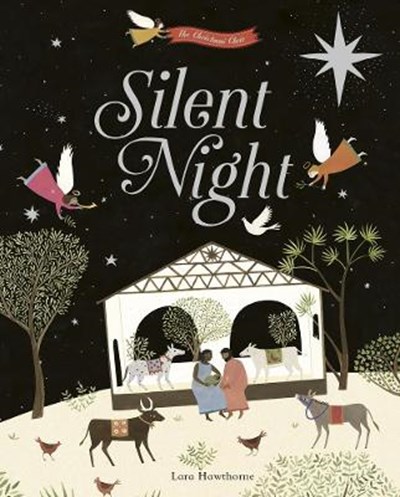 QTY
Add to Basket
Publisher: Frances Lincoln Publishers Ltd
ISBN: 9781786030665
Number of Pages: 32
Published: 18/10/2018
Width: 21.6 cm
Height: 27 cm
Description Author Information Reviews
'A standout among books to share on Christmas Eve.' - Kirkus Reviews (starred review) 'The Christmas Choir series launches with this reverent and accessible adaptation of a favorite carol.' - Publishers Weekly (starred review) Silent night, holy night All is calm, all is bright Celebrate the magic of Christmas with this beautifully illustrated book, based on the world's best-loved carol. Rediscover the Nativity Story in all its glory - from quaking shepherds to heaven-sent angels - as the song lyrics are brought to life on every spread. The world's diversity is reflected in a cast of characters with a range of skin tones. A gorgeous book for all the family to share during the festive season. Part of 'The Christmas Choir', a series of festive, lovingly illustrated lyric books. See also The Twelve Days of Christmas .

Lara Hawthorne is an illustrator based in Bristol, UK. After graduating from Falmouth University in 2013 where she studied illustration, she has had work shortlisted for the Lowry Children's Book Award and has written and illustrated Herberto, a picture book published in Portugal, Brazil, Slovenia, France and South Korea. Her other books include The King of Christmas, Carol Ann Duffy's 2016 Christmas poem, published by Picador, and The Night Flower, published by Big Picture Press. As well as focusing on narrative work, Lara also sells a variety of prints, notebooks and cards. Through Betty & Dupree, her prints are distributed to shops throughout the UK and internationally.