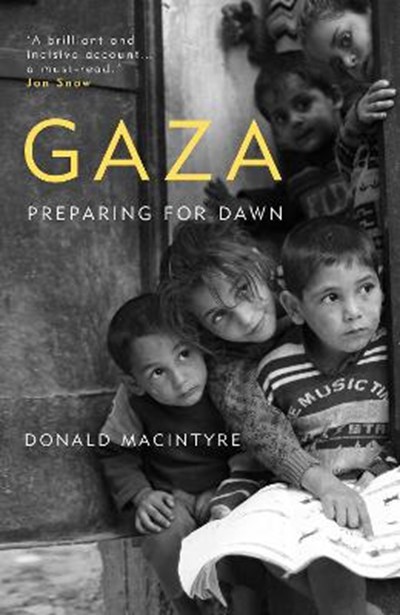 QTY
Add to Basket
Publisher: Oneworld Publications
ISBN: 9781786071064
Number of Pages: 368
Published: 26/10/2017
Width: 15.3 cm
Height: 23.4 cm
Description Author Information Reviews
Uniquely imprisoned, most Palestinians in Gaza cannot travel beyond the confines of the Strip, and in times of war escape is impossible. They live under siege - economic and armed - and yet so many remain courageous, outspoken and steadfast. Donald Macintyre lays bare Gaza's human tragedy and reveals how it became a crucible of conflict and a byword for suffering. He identifies the repeated failings - including those of the international community - that have seen countless opportunities for peace pass by. Yet, against all odds, hope for a better future lingers. Gaza was once a flourishing coastal civilization open to the world. Could it be so again?

Donald Macintyre was the Independent's Jerusalem bureau chief for eight years between 2004 and 2012, and before that its political editor and chief political commentator. He is a former presenter of BBC Radio 4's Week in Westminster. He won the Next Century Foundation's Peace through Media Award in 2011 and has previously been shortlisted for the Orwell Prize for Journalism and for the Martha Gellhorn Prize for Journalism. He lives in Clapham, south London.