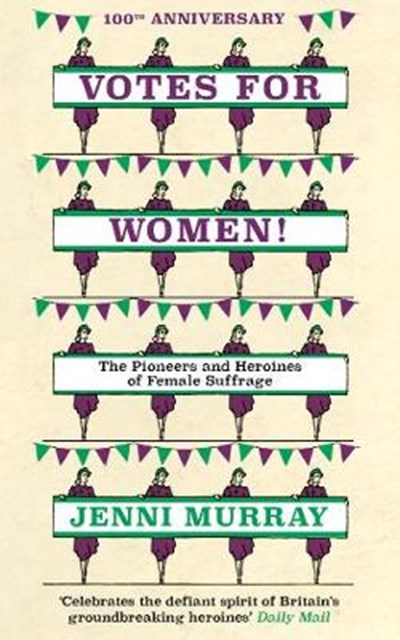 QTY
Add to Basket
Publisher: Oneworld Publications
ISBN: 9781786074751
Published: 05/02/2018
Description Author Information Reviews
Mary Wollstonecraft, Elizabeth Garrett Anderson, Millicent Fawcett, Emmeline Pankhurst, Constance Markievicz, Nancy Astor They terrorised the establishment. They fought for the vote. They pushed back boundaries and revolutionised our world. For the hundredth anniversary of the historic moment the franchise was finally extended to women, here is a selection of suffragette and suffragist activists and pioneering MPs from the pages of Jenni Murray's bestselling A History of Britain in 21 Women. Set against the backdrop of a world where equality is still to be achieved, it is a vital reminder of the great women who fought for change.

Jenni Murray is a journalist and broadcaster who has presented BBC Radio 4's Woman's Hour since 1987. She is the author of several books, including A History of Britain in 21 Women and Memoirs of a Not So Dutiful Daughter. She lives in Barnet, North London, and the Peak District.