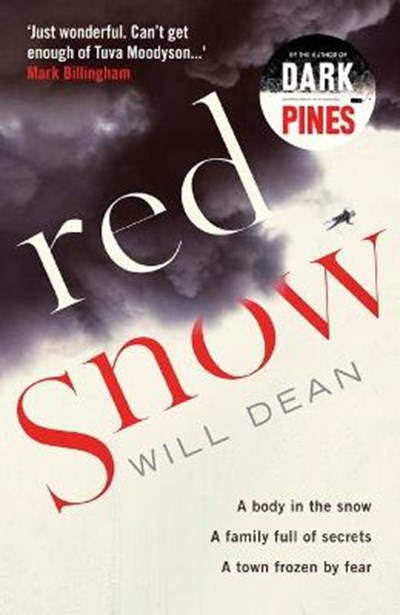 Publisher: Oneworld Publications
ISBN: 9781786074799
Number of Pages: 400
Published: 10/01/2019
Width: 14.6 cm
Height: 22.5 cm
Description Author Information Reviews
Longlisted for the Theakston Old Peculier Crime Novel of the Year Award, 2020 Red Snow is the eagerly awaited follow-up to Dark Pines, selected for ITV's Zoe Ball Book Club TWO BODIES One suicide. One cold-blooded murder. Are they connected? And who's really pulling the strings in the small Swedish town of Gavrik? TWO COINS Black Grimberg liquorice coins cover the murdered man's eyes. The hashtag #Ferryman starts to trend as local people stock up on ammunition. TWO WEEKS Tuva Moodyson, deaf reporter at the local paper, has a fortnight to investigate the deaths before she starts her new job in the south. A blizzard moves in. Residents, already terrified, feel increasingly cut-off. Tuva must go deep inside the Grimberg factory to stop the killer before she leaves town for good. But who's to say the Ferryman will let her go?

Will Dean grew up in the East Midlands and had lived in nine different villages before the age of eighteen. After studying Law at the LSE and working in London, he settled in rural Sweden where he built a house in a boggy clearing at the centre of a vast elk forest, and it's from this base that he compulsively reads and writes. His debut novel, Dark Pines, was selected for Zoe Ball's Book Club, shortlisted for the Guardian Not the Booker prize and named a Daily Telegraph Book of the Year. The second Tuva Moodyson mystery, Red Snow, was published in January 2019 and won Best Independent Voice at the Amazon Publishing Readers' Awards.