The loose canons who fought Fascism in the twentieth century 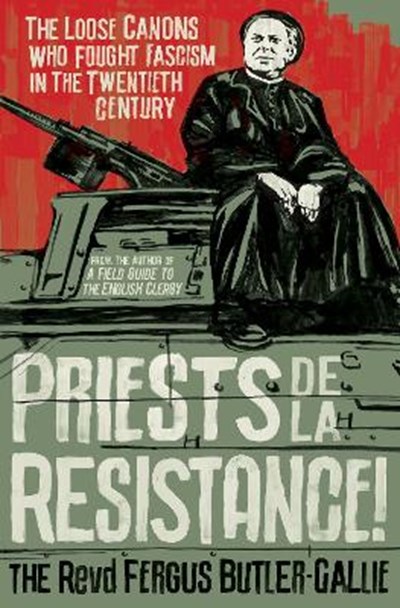 The loose canons who fought Fascism in the twentieth century

eBook FAQ
Add to Basket
Publisher: Oneworld Publications
ISBN: 9781786076724
Number of Pages: 288
Published: 10/10/2019
Width: 12.9 cm
Height: 19.8 cm
Description Author Information Reviews
'A hugely enjoyable, eccentric account of clerical heroism in the face of evil.' Observer 'Comedy and tragedy run side by side... Bracing and lively.' The Times 'An admiring study of priests and ministers who have put their lives on the line.' BBC History Magazine Who says you can't fight fascism in a cassock? Wherever fascism has taken root, it has met with resistance. From taking a bullet for a frightened schoolgirl in Alabama to saving Greek Jews from extermination by way of fake IDs, each of the fifteen hard-drinking, chain-smoking clerics featured in this book were willing to risk their lives for what they believed.

The Reverend Fergus Butler-Gallie is a clergyman who has served in London and Liverpool and the author of A Field Guide to the English Clergy, a Best Book of the Year for The Times, Mail on Sunday and BBC History. This is his second book.