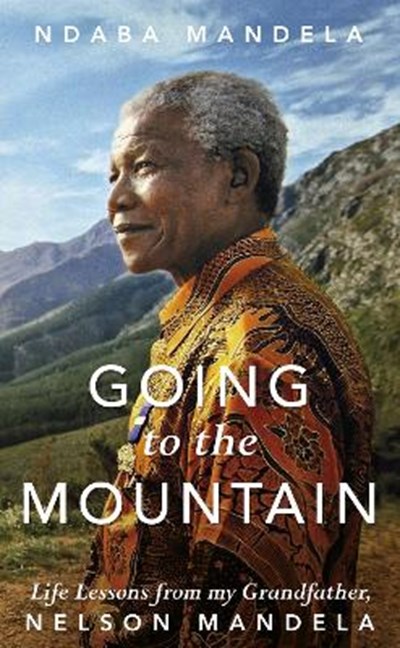 QTY
Add to Basket
Publisher: Cornerstone
ISBN: 9781786331557
Number of Pages: 272
Published: 28/06/2018
Width: 14.4 cm
Height: 22.2 cm
Description Author Information Reviews
'You empower yourself and then you reach out to others.' Uplifting life lessons from one of the greatest leaders the world has ever known... through the eyes of the grandson whose life he changed forever. In his book Going to the Mountain, Ndaba Mandela shares the story of his coming-of-age alongside South Africa's rebirth. It is a remarkable journey, and one that took him from the violent, segregated Soweto ghettos to his grandfather's presidential home. As a young boy, Ndaba was constantly shunted from place to place. But at eleven years old he was unexpectedly invited to live with his grandfather, Nelson Mandela, even though he had met him only once before, during a prison visit. And, slowly, they built a relationship that would affect both of them profoundly. Ndaba's teenage years were complicated, but as he approached his twenty-first birthday, Mandela decided that Ndaba was finally ready to 'go to the mountain' - a test of courage during which you become a man. At the end of this gruelling ritual journey, the elders of the Mandelas' tribe gathered and Ndaba's grandfather was there, as ever, to share his greatest life lessons. From Nelson Mandela, Ndaba learned the spirit of endurance, the triumph of forgiveness, the power of resistance and the beauty of reconciliation. And as Mandela grew older, Ndaba had the chance to repay his grandfather's love and support by demonstrating the ways in which he'd understood all that he had taught him. Intimate and inspirational, Going to the Mountain is a powerful reminder of how one person can impact profoundly on another, and a testament to the awesome power within us to change ourselves and our world.

Ndaba Mandela is the grandson of Nelson Mandela. He is the co-founder and co-chairman of the Africa Rising Foundation, an organization dedicated to promoting a positive image of Africa around the world and to increasing its potential for growth in the areas of education, employment and international corporate alliances. Ndaba has served as a spokesperson and ambassador for UNAIDS, which seeks to end discrimination around HIV/AIDS. He is also the Founder of the Mandela Project, and is part of the team behind the worldwide celebrations to mark the Nelson Mandela Centenary in 2018.