Shortlisted for Sunday Times Young Writer of the Year Award 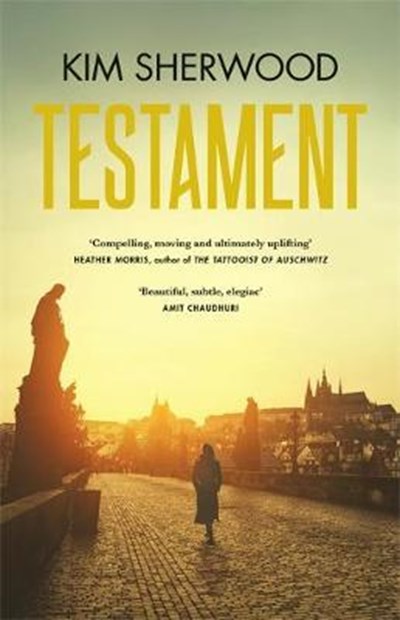 Shortlisted for Sunday Times Young Writer of the Year Award

Publisher: Quercus Publishing
ISBN: 9781786488671
Number of Pages: 448
Published: 12/07/2018
Width: 16.2 cm
Height: 24 cm
Description Author Information Reviews
*Longlisted for the Desmond Elliot Prize * Winner of the Bath Novel Award * Shortlisted for the Author's Club Best First Novel Award * 'What a writer. I was totally captivated. Moving and ultimately uplifting' HEATHER MORRIS, author of The Tattooist of Auschwitz 'An important and beautifully written novel by a young writer of immense talent. I was deeply moved' Andrew Miller, author of Now We Shall Be Entirely Free Of everyone in her complicated family, Eva was closest to her grandfather: a charismatic painter - and a keeper of secrets. So when he dies, she's hit by a greater loss - of the questions he never answered, and the past he never shared. It's then she finds the letter from the Jewish Museum in Berlin. They have uncovered the testimony he gave after his forced labour service in Hungary, which took him to the death camps and then to England as a refugee. This is how he survived. But there is a deeper story that Eva will unravel - of how her grandfather learnt to live afterwards. As she confronts the lies that have haunted her family, their identity shifts and her own takes shape. The testament is in her hands. Kim Sherwood's extraordinary first novel is a powerful statement of intent. Beautifully written, moving and hopeful, it crosses the tidemark where the third generation meets the first, finding a new language to express love, legacy and our place within history.

Kim Sherwood was born in Camden in 1989 and lives in Bath. She studied Creative Writing at UEA and is now Senior Lecturer at the University of the West of England. Her pieces have appeared in Mslexia, Lighthouse, and Going Down Swinging. Kim began researching and writing Testament, her first novel, after her grandfather, the actor George Baker, passed away and her grandmother began to talk about her experiences as a Holocaust Survivor for the first time. It won the 2016 Bath Novel Award, was longlisted for the 2019 Desmond Elliot Prize and shortlisted for the 2019 Author's Club Best First Novel Award.