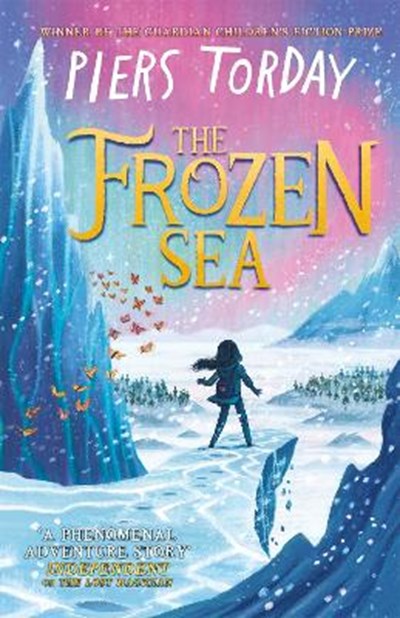 QTY
Add to Basket
Publisher: Hachette Children's Group
ISBN: 9781786540768
Number of Pages: 352
Published: 05/09/2019
Width: 13.2 cm
Height: 20 cm
Description Author Information Reviews
A spellbinding adventure from the bestselling, award-winning author of The Last Wild trilogy. 'A dazzling adventure by an award-winning storyteller' i Newspaper 'Utterly brilliant ... a nail-biting adventure of twists and turns' Book Trust Jewel Hastings doesn't know who she is. But she is about to discover that she is one of the most remarkable people to have ever walked the earth... On the run from school bullies, Jewel tumbles through the door of a mysterious old bookshop and falls headlong into Folio, the world of the imagination. There, she must begin a quest to rescue her missing aunt, helped only by her rude pet hamster Fizz and a malfunctioning copper robot. From the shimmering lights of the Idea Jungle, to the desolate expanse of the Frozen Sea, their mission will bring them face-to-face with a danger both more magnificent and more deadly than they ever imagined. And what Jewel discovers will change her life, for ever... 'Masterly storytelling - both entertaining and profound' THE TIMES on THE LOST MAGICIAN

Piers Torday began his career in theatre and then television as a producer and writer. His first book for children, The Last Wild, was shortlisted for the Waterstones Children's Book Award and nominated for the CILIP Carnegie Medal. His second book, The Dark Wild, won the Guardian Children's Fiction Prize. There May Be A Castle was a People's Book Award finalist and a Times Children's Book of the Year. The Lost Magician was a Book of the Year in six national newspapers and won the Teach Primary Book Award. The follow up, The Frozen Sea, was published in 2019. Piers has also completed an unfinished novel by his late father Paul (author of Salmon Fishing in the Yemen, The Death of an Owl) and adapted The Box of Delights and A Christmas Carol for the stage.