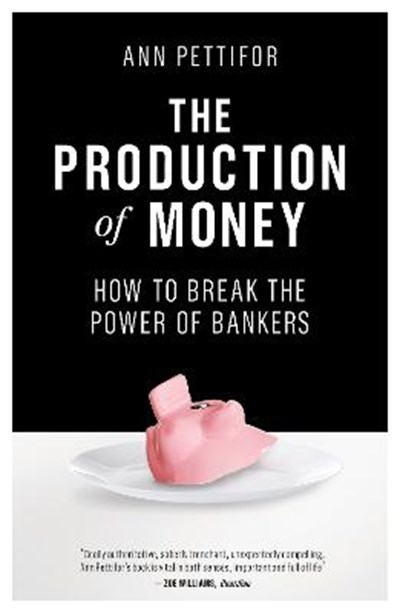 QTY
Add to Basket
Publisher: Verso Books
ISBN: 9781786631350
Number of Pages: 192
Published: 03/04/2018
Width: 12.9 cm
Height: 19.8 cm
Description Author Information Reviews
According to leading economist Ann Pettifor, one of the few people to predict the 2008 financial crisis, money is not a commodity but a promise. This radical reconsideration of the power of money means that we can reimagine the way the economy works. The Production of Money also examines popular alternative debates on, and innovations in, money, such as "green QE" and "helicopter money." She sets out the possibility of linking the money in our pockets (or on our smartphones) to the improvements we want to see in the world around us.

Ann Pettifor is the Director of Prime (Policy Research in Macroeconomics) and a Fellow of the New Economics Foundation. She is known for her leadership of the Jubilee 2000 campaign. In 2015 she was invited onto the economic advisory board of the British Labour Party by Jeremy Corbyn. She is the author of The Real World Economic Outlook and The Coming First World Debt Crisis and co-author of The Green New Deal.