Social Decline in the Heart of Europe 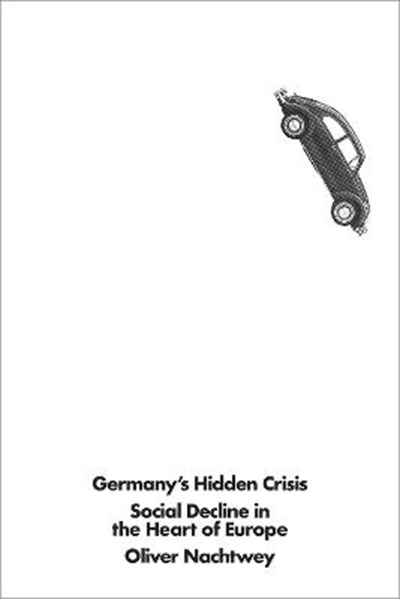 Social Decline in the Heart of Europe

QTY
Add to Basket
Publisher: Verso Books
ISBN: 9781786636348
Number of Pages: 256
Published: 27/11/2018
Width: 14 cm
Height: 21 cm
Description Author Information Reviews
One of the German-speaking world's leading young sociologists lays out modern Germany's social and political crisis and its implications for the future of the European hegemon. Upward social mobility represented a core promise of life under the old West German welfare state, in which millions of skilled workers upgraded their VWs to Audis, bought their first homes, and sent their children to university. Not so in today's Federal Republic, however, where the gears of the so-called elevator society have long since ground to a halt. In the absence of the social mobility of yesterday, widespread social exhaustion and anxiety have emerged across mainstream society. Oliver Nachtwey analyses the reasons for this social rupture in post-war German society and investigates the conflict potential emerging as a result, concluding that although the country has managed to muddle through the Eurocrisis largely unscathed thus far, simmering tensions beneath the surface nevertheless threaten to undermine the German system's stability in the years to come.Nachtwey's book was recipient of the Friedrich Ebert Foundation's 2016 Hans-Matthofer-Preis for Economic Writing.

Oliver Nachtwey is Associate Professor of Social Structure Analysis at the University of Basel, and a fellow at the Institute for Social Research in Frankfurt. His research interests include labour and industrial sociology, political sociology, the comparative study of capitalism, and social movements.