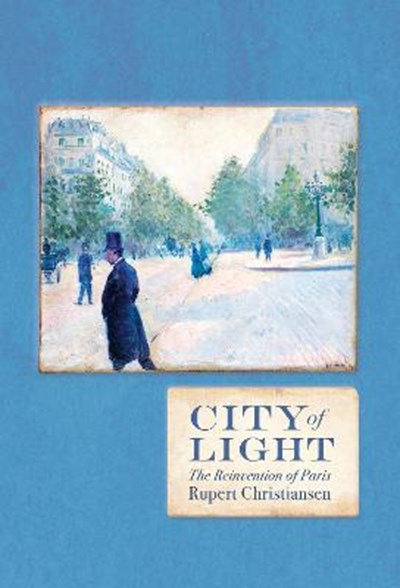 QTY
Add to Basket
Publisher: Head of Zeus
ISBN: 9781786694546
Number of Pages: 184
Published: 12/07/2018
Width: 13.5 cm
Height: 20 cm
Description Author Information Reviews
A sparkling account of the nineteenth-century rebuilding of Paris as the most beautiful city in the world, as part of the stunning Landmark Library series. 'This really is an impressive book' Sebastian Faulks. 'Brisk, vivid and unexpectedly stirring ... No one writes as evocatively and entertainingly about Paris as Christiansen does' Mail on Sunday. 'Every page is a pleasure, every building, every gas lamp brought shimmering to life ... Don't board the Eurostar without a copy' The Times. 'A wonderful book, amazingly vivid ... But also a truly original work of scholarship' Theodore Zeldin. In 1853 the French emperor Louis Napoleon inaugurated a vast and ambitious programme of public works, directed by Georges-Eugene Haussmann, the prefect of the Seine. Haussmann's renovation of Paris would transform the old medieval city of squalid slums and disease-ridden alleyways into a 'City of Light' - characterised by wide boulevards, apartment blocks, parks, squares and public monuments, new railway stations and department stores and a new system of public sanitation. City of Light charts a fifteen-year project of urban renewal which - despite the interruptions of war, revolution, corruption and bankruptcy - would set a template for nineteenth and early twentieth-century urban planning and create the enduring and globally familiar layout of modern Paris.

Rupert Christiansen is the opera critic and arts columnist for the Daily Telegraph. His books include Tales of the New Babylon: Paris in the Mid-19th Century and Romantic Affinities: Portraits From an Age 1780-1830. He was elected a Fellow of the Royal Society of Literature in 1997.