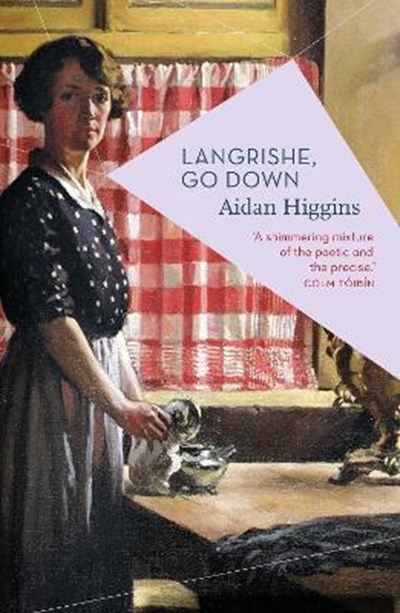 QTY
Add to Basket
Publisher: Head of Zeus
ISBN: 9781786695208
Number of Pages: 280
Published: 13/07/2017
Width: 12.9 cm
Height: 19.8 cm
Description Author Information Reviews
The lights in the bus burned dim, orange-hued behind opaque bevelled glass; ranged below the luggage racks they lit up the advertisement panels with repeated circles of bilious light. A white face that never seemed to turn away was watching her in the glass. Imogen Langrishe, the youngest of four sisters, embarks on a reckless love affair with a charismatic and indigent German scholar. Her family's name has long been a byword for money, status and respectability in Celbridge, County Kildare, but the world is now changing.

Aidan Higgins (1927-2015) was born in Celbridge, County Kildare. Langrishe, Go Down, his first novel, won the James Tait Black Memorial Prize and the Irish Academy of Letters Award, and was later filmed for television, with a screenplay by Harold Pinter. In 2001, he was conferred with an honorary doctorate of letters by the National University of Ireland, Cork.